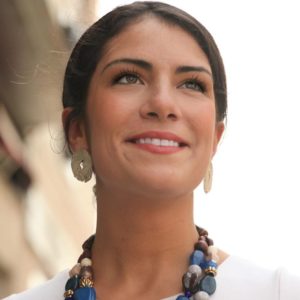 Last week, we asked the two Democratic candidates in the State Senate race for the 31st District to write a sub-750 word essay on why the county’s residents should vote for them in the June 11 primary.

Here is the unedited response from Nicole Merlene:

This Tuesday, June 11th, I hope you vote for a change by voting for me to represent you in the Virginia State Senate in the 31st District. A change for you to be represented by someone who prioritizes public transportation, spearhead infrastructure projects that improve our District’s parks, schools, and housing developments. With your vote, I hope to put our district on a track for continued, sustainable growth, and prioritizes an environment we should be proud to leave for future generations. A change away from representation that is representing themselves for private pay over the interests of the 31st District, and voting against our interests on transportation, development, and the environment because of donor influence. I want to help improve the schools I attended, the parks I played in as a child, the transportation system I use every day to get to work.

Why Me: Northern Virginia is a transient community. 2/3 of Arlington residents work outside of Arlington. We have systems in place from our buses to roads that do not prioritize regional travel causing unnecessarily long travel times. For example, we have a funding mechanism at the Northern Virginia Transportation Authority that by and large has localities submitting separate proposals for roads and highways without regional vision; Arlington, Fairfax, DC, Loudoun, all have their own bus systems that rarely cross jurisdictional boundaries.

As a region must also commit to being forward thinking on projects like high speed rail to connect multiple employment hubs across the east coast. My goal will never be to get “#Back2Good“. My goal will be state of the art. I am proud to be endorsed by Greater Greater Washington, the region’s thought leader on transportation and housing policy, for my vision on how to literally move the region forward.

Why Not My Opponent: Sitting on the Transportation Committee – it is not their priority. Has introduced more bills to toll I-495, I-66, and on towing than anything related to public roads and our public transportation system – after the tolling and towing industry were some of their largest donors (1, 2, 3) – putting in place regressive policy to tax favoring private over public infrastructure.

Why Me: Due to Virginia being a Dillon Rule state, issues from flexibility for affordable housing zoning laws, allowing taxing flexibility on commercial real estate that would incentivize lower rents to support small and medium sized businesses, allowing local government to negotiate with developers to support local infrastructure, to connecting our schools to employers for 21st Century Jobs — all require state level action. Having experience from the civic association to economic development level, and a professional background in investment policy, I have what it takes to be your leader on development and economic policy in Richmond.

Why Not My Opponent: Sitting on the Local Government’s Committee – it is not their priority. Voted for the 2016 Proffer Bill that cut local government’s ability to negotiate with developers to give back affordable housing and other infrastructure funds to offset overdevelopment. This past session introduced a replacement bill that barely puts a dent in reversing the detrimental effects of what was passed in 2016.

Why Me: Environmental protections need to be baked into every policy that is written, from our roads to buildings. I would prioritize increased energy efficiency standards, alternative energy and solar freedom, expanding our state parks, and preserving our watershed – as this district is gerrymandered along the Potomac River. I believe in a green economy where we can do things like take our, now un-recycled glass, and transform it into road pavement in a joint venture with Fairfax and other jurisdictions in Northern Virginia. I am proud to have been endorsed by leadership of the Arlington Tree Action Group and Friends of Aurora Highlands Parks for my commitment to preserving our parks, greenspace, and watershed.

There is no Republican challenger in this race and the winner of the Primary is likely to be your next State Senator. I hope to be your choice to represent the interests of our community in Richmond. This is just the beginning of a continued two-way policy conversation between you, and I, as your representative.

I humbly ask for your vote on June 11th.