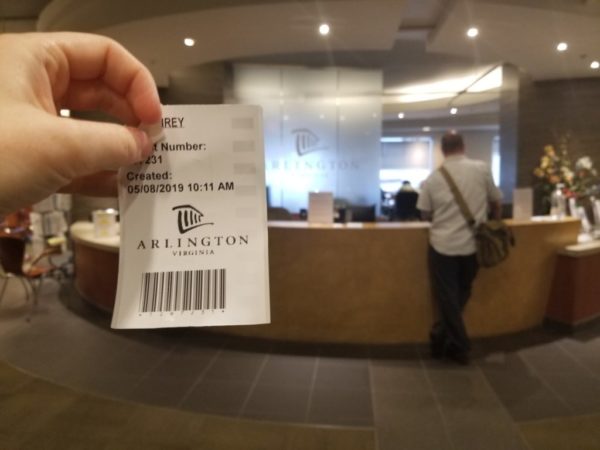 Arlington is considering a new online system that would digitize the county’s permitting system.

The new system aims to move the Permit Office’s application process into a digital database while phasing out paper applications. Staff is expected to start testing the system — now dubbed “Permit Arlington,” after formerly being known as “One-Stop Arlington — next month.

The project is being divided into two phases, with different types of permits going digital-only at two different times. Phase I is expected to launch at some point following the testing.

“Customers will be able to apply either 24/7 from a computer or mobile device, or will still have the option to come into the office during regular business hours to use a kiosk with staff assistance,” said Deborah Albert, the project’s program manager. “Customers will still have to visit the office in person for Phase II permits, which are anticipated to go online in 2020.”

There are 33 permit types included in this summer’s Phase I testing, including right-of-way use permits, site-plan applications, and civil engineering plans.

Arlington Board Chair Christian Dorsey said during the annual State of the County address this week that the new system would be “a welcome relief for many of our community’s businesses.”

He added that “it’s taken longer to get to this point” because each type of permit application has a different process and has to be manually coded into the digital system.

“We know that we have more to do to make our county government as efficient and user-friendly as possible for everyone — businesses and residents,” he said.

Many businesses have cited the county’s lengthy permitting process as a reason for delayed openings over the years. Arlington requires business owners to seek separate permits for zoning, building, and business licensing, and to take other steps before they can open their doors. Most applications have to be filed in person at the county’s Permit Office in Courthouse. It’s a time-consuming process some business leaders said stifles innovative business.

Restaurateur Mike Cordero told ARLnow in a podcast interview that opening Don Taco in Alexandria showed him just how fast that city’s permit process was compared to Arlington’s.

“I think it’s a major issue that we have to wait so long to get a permit when other counties and other jurisdictions are giving it to them right away,” he said. “I don’t know how they’re going to take care of Amazon.”

Meanwhile, some permit fees are increasing next month with the start of the new fiscal year on Monday, July 1. According to Albert, the increases include: