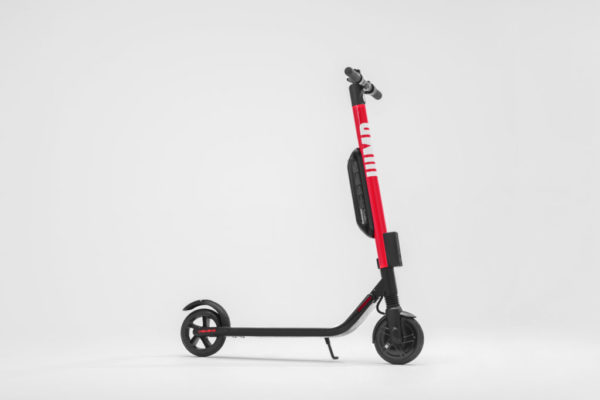 A new scooter company is now set to join the ranks of e-scooters in Arlington, months after earning approval from the county.

E-scooter company JUMP, which is now owned by Uber, announced this morning that it will be soon be rolling the vehicles into Arlington and Alexandria. Loic Amado, Uber’s East Coast General Manager of Scooters, said the company was “excited” about getting more people using scooters, but did not share when users can expect to see the vehicles on the streets.

“At Uber, we are working towards a world where residents can easily live without a car and JUMP scooters provide an affordable, environmentally friendly way to get from point A to point B,” said Amado.

“Users can find and unlock JUMP scooters within the Uber app,” the company said in a press release. “It’s simple to use — you can reserve via the Uber app or by walking up to an available scooter and scanning the QR code to unlock. When using the app, tap the mode switch at the top of your home screen, and select Scooter. JUMP scooters are free to unlock and $0.25 per minute of riding.”

The move is part of Uber’s e-scooter expansion across several cities, including D.C., and more recently, Baltimore.

The county originally granted approval for JUMP to enter the fray back in February, with the company saying at the time they expected to roll out scooters “within a few weeks.”

Since approving a “demonstration project” for the scooters, officials have allowed several companies to scoot into Arlington — including Lyft, Lime, Bird, Skip, and Bolt. Last month, the Department of Environmental Services extended the pilot program to December 31 in a bid to gather more data and public input.

The devices have prompted discussions over safety as well as how to prevent the dockless devices from crowding sidewalks. This winter, lawmakers in Richmond advanced legislation to give local jurisdictions more authority to regulate scooter use, such as banning them on sidewalks.

Perhaps in a nod to the concerns over safety, Uber announced yesterday (Tuesday) that it will distribute free helmets at Phoenix Bikes in Arlington and VéloCity Bicycle in Alexandria until August 14.