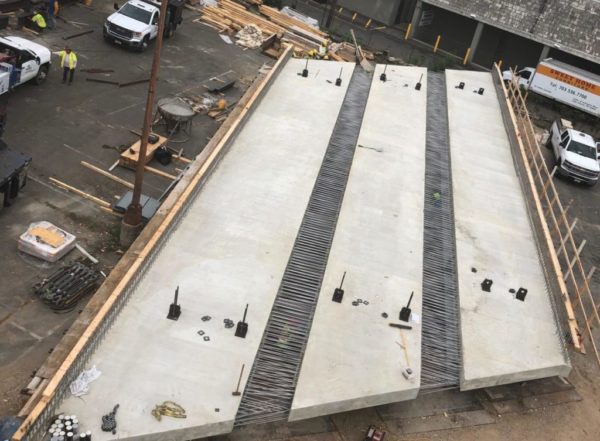 Those traveling to, from and through Arlington may need to pack their patience this weekend, depending on the route and time of day.

Both directions of Route 50 will be closed in the area of Wilson Blvd in Seven Corners, from Friday night to Monday morning, to allow VDOT to lift a new, 87-foot Wilson Blvd bridge span into place. Drivers are being encouraged to avoid the area if possible.

Drivers can expect delays and are advised to use alternate routes.

The work is part of the Wilson Boulevard over Route 50 bridge rehabilitation project. After the weekend closure, drivers can expect single-lane closures on Route 50 and the eastbound Wilson Boulevard bridge until late fall. The project is scheduled for completion this winter.

Seven Corners: Reminder, the new Wilson Blvd bridge will be lifted into place this weekend! We’ll have Rt 50EB & WB closed from Fri PM to Mon AM. Plan now to avoid the area. More: https://t.co/vAPJgncv0A pic.twitter.com/Cjpohish3F

Also this weekend, “significant lane closures” are planned along I-395.

The work, part of the 395 Express Lanes project, will close multiple northbound lanes at night, starting Friday. Drivers are being encouraged to use the HOV lanes of I-395, which will be switched to the northbound direction starting at 8 p.m. tonight.

Northbound I-395 from Duke Street (Exit 3) to past the Pentagon City/Crystal City exit (Exit 8C) will have nighttime lane closures Friday night, August 2 through Sunday night, August 4 for bridge work. The I-395 HOV lanes will be switched to northbound at 8 p.m. Friday and will remain northbound all weekend.  The 95 Express Lanes from Edsall Road to Garrisonville Road will operate on a standard schedule; on Saturday from midnight to 2 p.m., the 95 Express Lanes will operate in the southbound direction while the I-395 HOV lanes are open northbound.