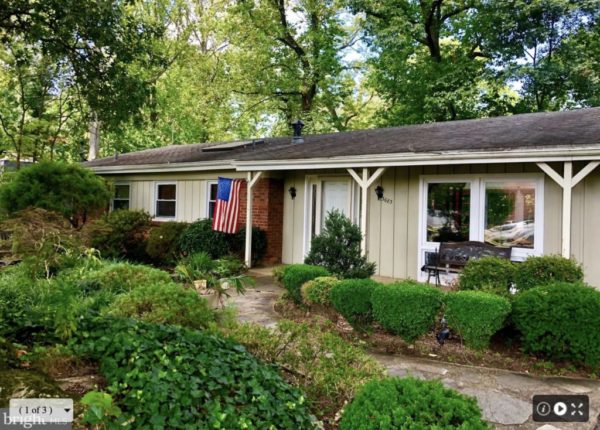 Astronaut John Glenn was the first American to orbit the earth. He was also an Arlington resident for about 5 years.

The group Preservation Arlington points out that Glenn’s former home, a mid-century rambler near Williamsburg Middle School, is now for sale with the listing hinting — “the value is in the land,” it says — that it will likely be a tear-down. The property is listed for $1,050,000.

During the lead-up to Glenn’s historic Friendship 7 mission, reporters camped outside the house on N. Harrison Street and Vice President Lyndon Johnson tried to visit, but was rebuffed by Mrs. Glenn. After, Glenn continued working in D.C., and at one point hosted at his home a cookout with special guest Gherman Titov, the Russian who was the first human to orbit the earth, according to an Arlington Public Library history.

Glenn moved with his family to Texas in 1963, but his presence in Arlington is still felt. In 2012, the home’s owners told WUSA 9 that people still stopped by to gawk at the space hero’s former house. Glenn died in 2016 and was interred at Arlington National Cemetery.

There’s likely little that could be done to legally prevent the house from being torn down at this point, if that’s what the eventual buyer wants to do. But if you could call the shots regardless, what would you do? Would you allow the owner of the property to do whatever they want with it, or prevent demolition on the basis of the house being historic?