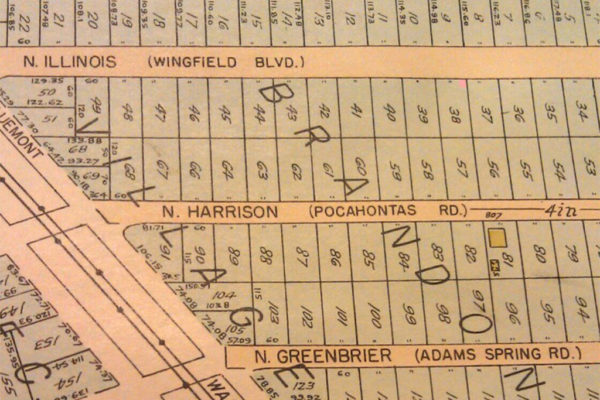 Arlington switched over to a more “rational” street naming system in 1934, but documents from the transition give some insight into the names that were lost.

Many of the casualties were founding fathers and other Revolutionary War-related vocabulary words.

Several of the streets in what is now the Crystal City area were renamed. S. Joyce Street was once Hamilton Street, named after the ten-dollar founding father without a father, Alexander Hamilton.

Other streets throughout the area, like S. Kent Street, were previously named after George Washington and Thomas Jefferson, but don’t be too sad for those two founding fathers: they both still have streets named after them in other parts of Arlington.

A few streets were named after Native Americans. N. Hancock Street in Lyon Village was once Pocahontas Avenue. 25th Street N. in Donaldson Run was Algonquin Way, either a reference to the Algonquin tribe from the Great Lakes area or an alternate spelling of Algonquian, a Native American language associated with Virginia’s Powhatan tribe. Moccasin Trail, renamed to 24th Street N. and 22nd Street N., was once called Indian Trail.

Arlington Ridge Road has gone through a series of name changes over the years. N. Arlington Ridge Road, in once-seedy Rosslyn, had previously been called Oil Plant Road, or Oil Road, though no further information on an actual oil plant could be found.