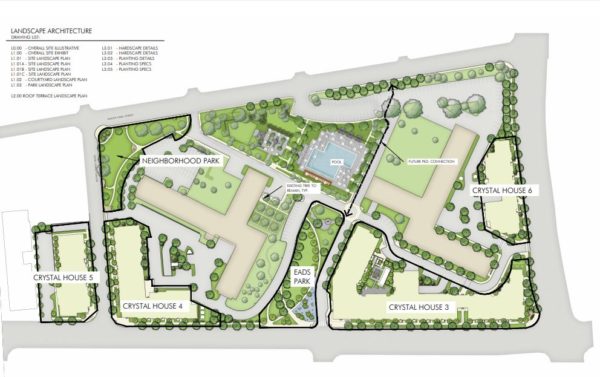 Arlington County is asking residents to share their thoughts on a developer’s plan to turn areas of a lot at 1900 S. Eads Street into public parks.

Now the Department of Parks and Recreation is asking residents to share their feedback on this second park proposal via an online feedback form.

“The significant additional open space will also be a crucial addition to the Crystal City community,” the developer wrote in site plans revised earlier this year.

The county says it will stop accepting feedback via the form at midnight next Friday, September 6.

Feedback will used to finalize draft designs scheduled to be shared on September 16 from 5:30-7 p.m. at county government headquarters in Courthouse (2100 Clarendon Blvd), per the county’s website. The Long Range Planning Commission will also review the feedback during their own meeting later that night from 7 -9 p.m.

County staff expects to present the final designs to the Arlington County Board in October.