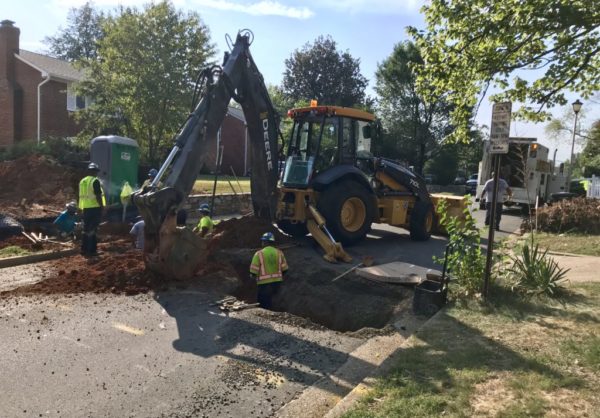 Shooting Suspect Served Time for Murder — Updated at 8:40 a.m. — Crystal City shooting suspect Mumeet Ali Muhammad was released from prison two years ago after being convicted of a 1991 murder in Arlington. And he had recently been arrested but then released after allegedly threatening to shoot a man in D.C. and possessing a gun as a felon. [WTOP, NBC 4]

Witness Recounts Hiding in Office During Shooting — “An association employee described the scene to InsideNoVa on Thursday, saying recent active-shooter training helped employees get through the terrifying episode. ‘Everybody did precisely what they should have done,’ said the employee, who asked that his name not be published… ‘I got right up next to door, crouched down and made myself as small as possible,’ he said. ‘I heard screaming, him yelling at her, her pleading with him.'” [InsideNova]

Labor Day Closures in Arlington — “Arlington County Government offices, courts, libraries & facilities will be closed on Monday, Sept. 2, 2019 for Labor Day.” Trash and recycling will be collected as normal, but parking meters will not be enforced. [Arlington County]

Amazon Brain Drain Worries — “Amazon is only just starting to post job openings for its second headquarters in northern Virginia — and local startup founders are watching with apprehension. The big picture: Amazon HQ2 has the potential to turn the D.C. region into a tech hotspot, but smaller companies are worried that the short-term impact of Amazon coming to town will be a brain drain.” [Axios]

‘Clarendon Jam Session’ Sunday — “The long weekend is almost here and it’s time to celebrate with a jam session at The Lot in an urban beach party setting! $20 gets you access to CLARENDON JAM SESSION 2019.” [Instagram]

Dominion Funding Electric School Buses — “Schools across Virginia could have all-electric school buses by 2030, under a plan from Dominion Energy. The company said it could be the largest deployment of electric school buses in the nation… The announcement comes the same day as a Virginia State Corporation Commission reported that Dominion’s 2018 profits were higher than regulators approved.” [WAMU, Dominion, Virginia Mercury]