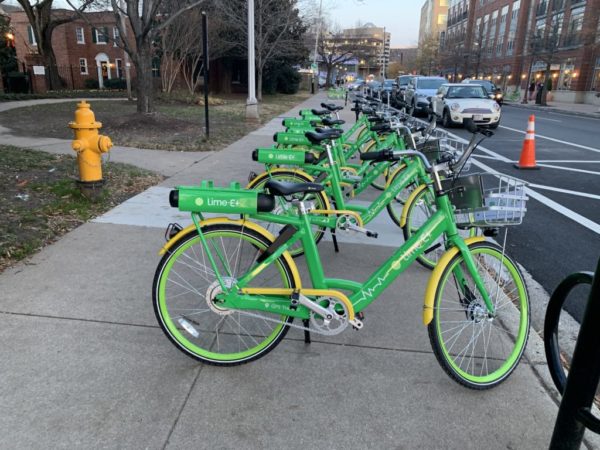 Cyclists can now ride e-bikes around national parks, including the Mt. Vernon Trail along the GW Parkway, thanks to a recent policy change from the National Park Service.

“We think this is a very positive development, and we are hopeful that this serves as a push for Arlington’s parks department to allow e-bikes everywhere,” said Henry Dunbar, director of active transportation for Bike Arlington.

According to the NPS e-bike policy, bike speeds of up to 28 mph will be allowed in all national parks. However, similar to traditional bicycles, e-bikes will not be permitted in designated wilderness areas.

“They make bicycle travel easier and more efficient, and they provide an option for people who want to ride a bicycle but might not otherwise do so because of physical fitness, age, disability, or convenience, especially at high altitudes or in hilly or strenuous terrain,” said National Park Service Deputy Director P. Daniel Smith in a statement from NPS.

The scenic trail is now the second bike trail in Arlington where people can ride the motor-assisted bicycle, after the W&OD Trail go-ahead from NOVA Parks in March.

“The only downside would be managing trail safety and congestion, which we already have issues with,” Dunbar said.

Recently officials have discussed plans to widen the W&OD Trail to ease bike-pedestrian conflicts, along with improving lighting, crossings, and signage.

The news pleased actor William Shatner, of Star Trek fame, who has since become an e-bike enthusiast (and the face of Pedego Electric Bikes, albeit not available in Arlington). Shatner butted heads with Arlington’s Department of Environmental Services in November for its “barbaric” e-bike ban.

“A regular bicyclist can easily travel 25mph!” Shatner tweeted Tuesday. “So if they allow bikes what would be the additional impact of an e-bike?”