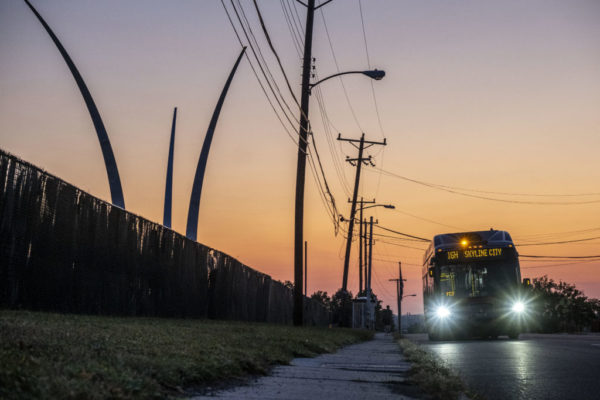 Shooting Suspect Arraigned — “The man charged with shooting a woman he knew in her Crystal City, Virginia, office on Aug. 28 has had his first court appearance in Arlington County District Court. Mumeet Muhammad was arraigned on three felony counts: aggravated malicious wounding; use of a firearm in the commission of a felony, 2nd offense; and being a violent felon in possession of a weapon.” [WTOP]

Arlington’s Lonely Turkey Vulture — “Hallmark doesn’t have a card for it – yet – but the first Saturday of September nonetheless is celebrated as International Vulture Awareness Day. And in Arlington, that means a visit to Long Branch Nature Center and Tippy the resident turkey vulture.” [InsideNova]

Nearby: Falls Church Sheriff Vehicle Burns — “At approximately 6 a.m., City of Falls Church Police and the Arlington Fire Department responded to a call for a vehicle fire at City Hall… The vehicle was a marked Sheriff’s cruiser and was totaled in the blaze. An officer near the scene stopped a suspicious person for questioning, and subsequently arrested him.” [City of Falls Church]