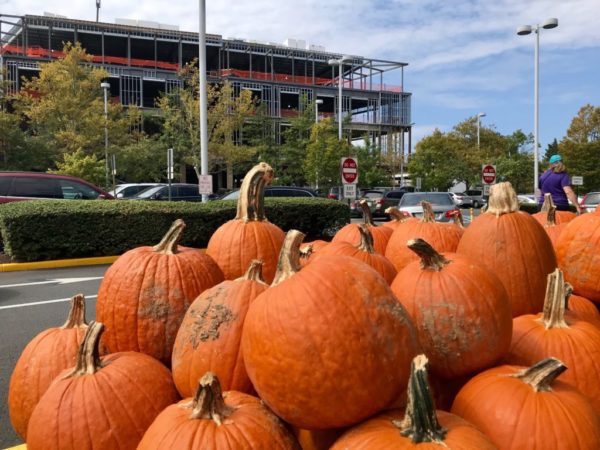 Thousands Expected at Today’s Amazon Event — “Thousands of job-seekers are expected to swarm the site of Amazon’s future headquarters at a ‘career day‘ in Crystal City on Tuesday, as the online retail giant begins to accelerate its hiring and presence in Northern Virginia.” The opening time has been pushed up to 8 a.m. [Washington Post, Twitter]

Suspect Chomps on Cop Along Lee Highway — “The officer initiated a traffic stop on the vehicle and made contact with Suspect One, when he observed Suspect Two attempt to flee on foot. With the assistance of additional officers arriving on scene, Suspect Two was stopped. While officers attempted to remove Suspect One from the vehicle and detain him, he actively resisted and bit an officer.” [Arlington County]

Race No Longer Required on Marriage Licenses — Updated at 8:45 a.m. — “Virginia will no longer require couples to identify by race on their marriage licenses, the state’s attorney general announced this week. Under a new policy — which Attorney General Mark Herring detailed in emails to court clerks and members of the media late Friday — people getting married will be able to select ‘Declined to Answer’ in a box asking about race.” [Washington Post]