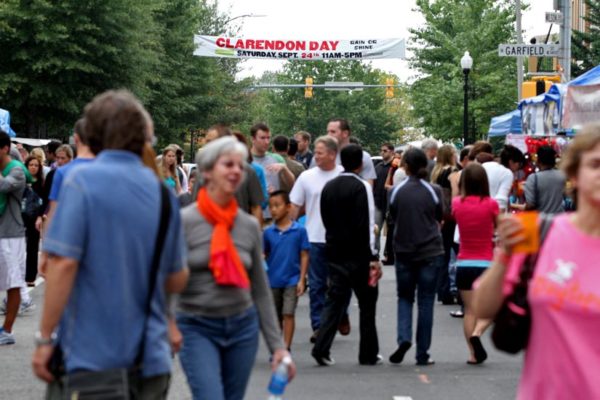 Clarendon Day and two other festivals will take to Arlington streets on Saturday, prompting celebrations, road closures, and delicious food all around.

The massive Clarendon Day street festival which draws tens of thousands of attendees will run from 11 a.m.-6 p.m. this Saturday, September 21, and will feature food trucks and booths from vendors like donut maker Good Company, live music, arts and crafts vendors, and dance performances. 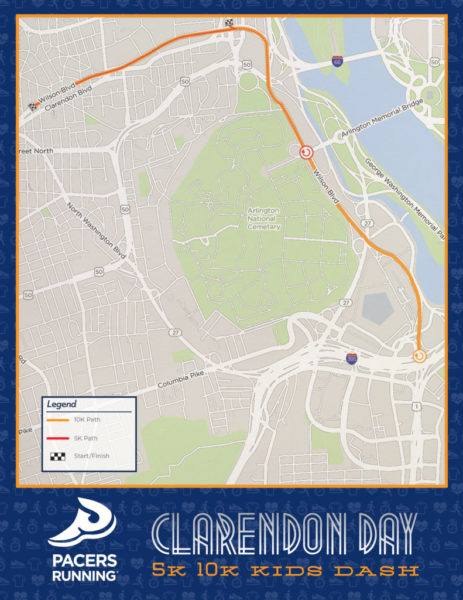 Children can take part in their own, 713-foot race around the plaza driveway of the Market Common. The race, which starts at 9:30 a.m., welcomes parents along with kids and does not require separate registration for both. All kids who join the race will be awarded for their participation.

ACPD will close several streets from 3 a.m. until approximately 10 p.m. to make room for the festival, including:

Police will also close additional roads for the races from 5-10:30 a.m.:

The all-day festival will feature vendors with traditional foods, as well as handcrafts, clothing, and jewelry, paintings and henna art, and representatives from local businesses.

“By simply the trading and transferring of ideas, customs, beliefs, cultural habits etc. between diverse cultures living here in the USA, we would be able to accomplish our vision of living in harmony in this community,” organizers wrote on its event page.

Meanwhile, the newly renamed Green Valley neighborhood will also be throwing a celebration of its history and culture from 12-6 p.m. at Drew Elementary School (3500 23rd Street S.)

The community party will feature a DJ, a basketball tournament at 2 p.m. for youth and service workers, as well as a fish fry and barbecue.

“Today, residents pride ourselves on being part of a community where all are welcome,” organizers wrote in an email announcing the event. “Despite development, migration and gentrification that have altered the demographics drastically, we are determined to retain our unique identity as Green Valley continues to be one of ‘Arlington County’s Finest Communities.'”