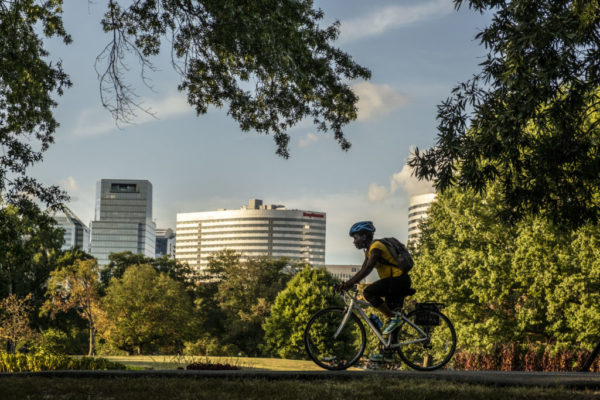 Bezos Talks HQ2 — “[Amazon CEO Jeff] Bezos was pressed on why Amazon would seek to build its headquarters in a dense area like Arlington, given the potential disruptive impacts of the company’s army of new workers moving into the area. But he reiterated that he’s ‘glad it’s not in the suburbs,’ arguing that the new HQ’s location demonstrates Amazon’s commitment to environmental sustainability.” [Washington Business Journal]

No Plan to Change Lee Highway Name — “Speculation that the currently active Lee Highway Alliance has a name change as part of its planning for re-imagining that major road is unfounded, according to its vice president, Sandra Chesrown.” [Falls Church News-Press]

Pedestrian Tunnel to DCA? — “Plans are slowly coming together for a pedestrian connection linking Reagan National Airport to Crystal City, one of the crucial transportation improvements Arlington pitched when luring Amazon to the area… A crucial decision the county will need to make: whether the pedestrian connection will be a bridge or a tunnel.” [Washington Business Journal]

Solo Commuters on the Decline — “Compared with 2004, the number of [D.C. area] commuters driving alone is down; transit use is up. 58% drive alone — down 13 percentage points.” [WTOP]