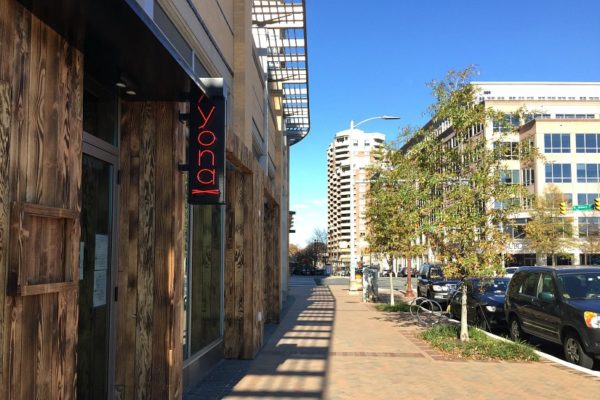 Victor Albisu, the chef and owner of the popular local Taco Bamba chain, is planning to open a new restaurant concept in Ballston.

The fast-casual restaurant, which is expected to open this spring, will be called “Huevos.” It will offer egg-based dishes for every meal of the day, alongside various types of coffee and a “modest” bar serving up craft beers, mimosas and Bloody Mary.

Huevos will be located in a 1,500 square foot space at 4000 Wilson Blvd, replacing the shuttered Mike Isabella restaurant Yona.

“There is nothing more versatile and delicious than eggs. My biggest challenge with this concept will be figuring out where to stop,” Albisu said in a press release. “I could eat eggs all day, and I do, so the menu possibilities are endless. While eggs are the star, the dishes will be as surprising and craveable as anything from Taco Bamba. We’re opening an all-day spot here. Eggs were never meant just for breakfast.”

Award-winning chef, Victor Albisu, announces plans to bring all-day egg concept, Huevos, to The View at Liberty Center in the Ballston neighborhood of Arlington, Va. this spring. Located at 4000 Wilson Blvd., Suite C (entrance on N. Quincy St.), the 1,500-square-foot fast-casual will serve original yolk-busting versions of nature’s most perfect food, along with coffee and bar programs to complement the menu.

“There is nothing more versatile and delicious than eggs. My biggest challenge with this concept will be figuring out where to stop,” said Albisu. “I could eat eggs all day, and I do, so the menu possibilities are endless. While eggs are the star, the dishes will be as surprising and craveable as anything from Taco Bamba. We’re opening an all-day spot here. Eggs were never meant just for breakfast.”

This isn’t another taco shop, but Albisu plans to stuff large flour tortillas with a selection of braised and barbequed meats, roasted vegetables, shredded bacon, and smoked fish, topped with his own egg-based “Huevos yellow sauce.” A range of sandwiches, with everything from smoked salmon to roasted portobellos to crab cakes, will be stacked and stuffed into soft, warm torta bread, tightly wrapped and neatly sliced to enjoy at the counter or on the go.

During weekend brunch, look for airy, sweet souffléed pancakes similar to the short stack you used to find in a cast iron pan on Del Campo’s bunch menu. Eggs also make sweet treats and will always be available in the form of Albisu’s signature flan.

Nature’s most perfect food will be served alongside its most addictive drink – coffee – hot, cold, with milk, and black as the night is long. A modest bar will serve a concise list of craft beers, mimosas and Bloody Marys.

Victor Albisu is the chef/owner of Taco Bamba with five locations across Northern Virginia and Washington, D.C., as well as Poca Madre, his contemporary Mexican concept located next door to Taco Bamba’s D.C. location. In 2015, the Restaurant Association of Metropolitan Washington honored Albisu as Chef of the Year, and in 2016 he was nominated for a James Beard Foundation award as Best Chef Mid-Atlantic.

With more than a decade of experience in fine dining and upscale French, American and Latin American restaurants, Albisu combines his culinary education with his Latin American heritage to bring a unique style of cuisine to his restaurant concepts.

Outside the kitchen, Albisu is active in global culinary relief initiatives, including extensive work with CARE and World Central Kitchen, with whom he has travelled to Cuba, Nicaragua and Peru, among other destinations.  In 2015, Albisu competed on Food Network’s Beat Bobby Flay and bested the host and grill master with his signature dish, steak & eggs. Albisu has also appeared as a guest judge on Telemundo’s Top Chef Estrellas and the FOX TV series Hell’s Kitchen.