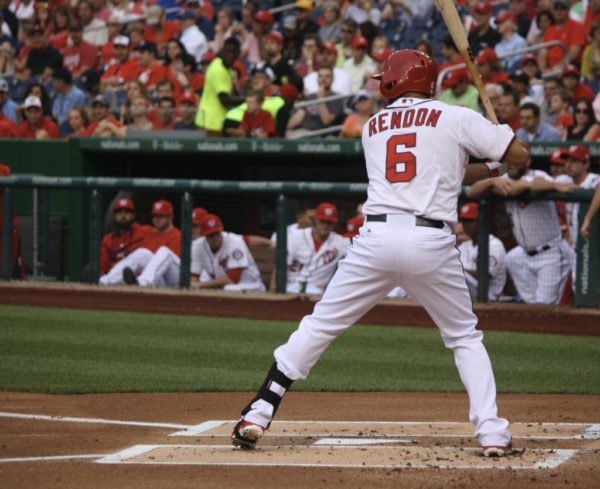 (Updated at 9:40 a.m.) A day removed from winning the National League Championship Series in spectacular fashion, Washington Nationals star Anthony Rendon enjoyed a quiet meal with his family at Silver Diner in Clarendon.

The local diner chain posted a photo of Rendon last night, showing him posing with his daughter and a server at the restaurant.

The Clarendon Silver Diner was a favorite of another Nats All-Star: Bryce Harper, who now plays for the Philadelphia Phillies.

Rendon and the Nats will face the winner of the American League Championship Series between the Houston Astros and the New York Yankees in the World Series, starting next week. It’s the first World Series for the Nats since 1933.

Thanks for dropping by the Silver Diner and taking a second to snap a photo with Quis, @Anthonyrendon_6! Good luck in the World Series! #OnePursuit #StayInTheFight #Nationals pic.twitter.com/qPUvLRIOz8