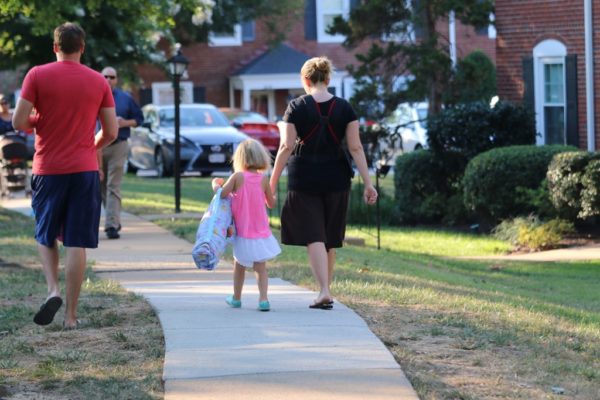 Following years of zoning tweaks, the Arlington County Board says childcare centers may finally be reaping some benefit from local policy changes.

The Arlington County Board approved requests from eight childcare providers this past weekend to expand the number of children they can care for — requests Board members took as a sign of success for their many programs intended to ease the regulatory burden on such businesses and expand childcare options in Arlington.

“The use permits that the Board approved for a number of family daycare homes are evidence that the child care initiative is producing real results for families and small businesses,” said County Board Chair Christian Dorsey during the meeting.

“These established home and child care providers chose to increase their capacity because of changes that we recently enacted to our Zoning Ordinance and County Code, recommended by the child care initiative ably spearheaded by Ms. Cristol,” he added of fellow Board member Katie Cristol.

On Saturday, eight existing daycare operations requested increases in the number of children they are allowed to care for — from nine to 12. The Board unanimously approved all requests through its consent agenda. The facilities include:

The requests come after the Board previously changed several zoning ordinances to allow daycares to care for up to nine children by right, and up to 12 children if they obtain a use permit through the county. The changes also reduced parking requirements and standardized child caps across different zoning districts.

The changes were part of the county’s long-discussed overhaul on childcare regulations.

The overhaul required a dedicated staff member and aimed to loosen what some worried were overly restrictive regulations, contributing to Arlington’s sky-high costs of childcare by limiting the number of slots for children in daycares and making it harder to open up new childcare centers.

Parents in Arlington pay the highest average costs in the region — $42,705 per year — for an infant and a 4-year old to attend daycare, leading Board members to consider a subsidy last year to help families afford it. The average cost per child ($21,000) is also among the highest in the region, per the Economic Policy Institute.

Last January, the county reported that there were only 6,984 licensed daycare spaces available for more than double that number of children under the age of five in Arlington.

On Saturday the Board also renewed permits for several larger childcare facilities, including the STEM Preschool on S. Abingdon Street  in Fairlington (which cares for 106 children), and the Feya Preschool (40 children) on S. Walter Reed Drive, south of Columbia Pike.

“This is truly a success story, and we look forward to more of these coming forward,” said Dorsey.

Kalina Newman contributed to this report.