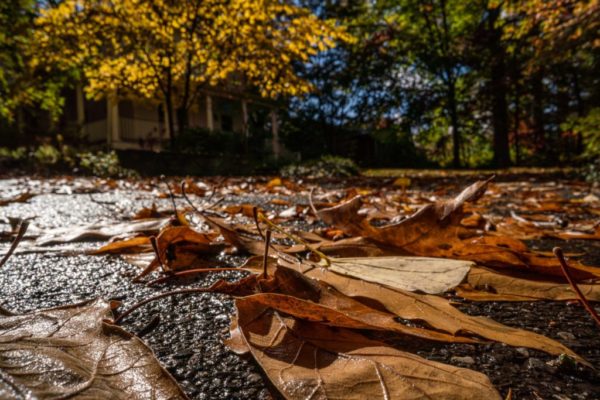 Silver Spring Man Wins Soggy MCM — “Jordan Tropf just wanted to see what he could do. Turns out, he could win the Marine Corps Marathon. Leading from the start, the 27-year-old Silver Spring resident built a lead of a 1:26 at the halfway point and went on to win by 70 seconds in 2:27:43, much of the second half coming in a driving rain.” [Run Washington, Washington Post, WTOP]

Arlington World Series Surprise on ‘Today’ — The Today Show aired a segment on the Nottingham Elementary School crossing guard who was surprised with World Series tickets from parents and students. [Twitter]

Shirlington Employment Center Moving — “The Shirlington Employment and Education Center (SEEC) is gearing up for a two-digit move – from 22206 to 22204. Facing the need to decamp from its office space (and facility for day laborers to congregate) in its namesake Shirlington, SEEC has worked with the Arlington County government to obtain space in Arlington Mill along the Columbia Pike corridor.” [InsideNova]

Dorsey Pushes for Clearer Metro Refund Policy — “When one Metro train crashed into another soon after a Nationals playoff game, Metro decided to cancel its ‘Rush Hour Promise’ refunds for the following afternoon’s commute… Arlington County Board Chair and Metro Board member Christian Dorsey hopes for more discussion about how explicit the terms should be, even if it is not reasonable to foresee every possible event.” [WTOP]

Nearby: New Bank Near Fairlington — “A new Bank of America location is coming to the Bradlee Shopping Center in Alexandria. The space at 3690G King Street was previously home to Queen Bee Designs.” [ALXnow]