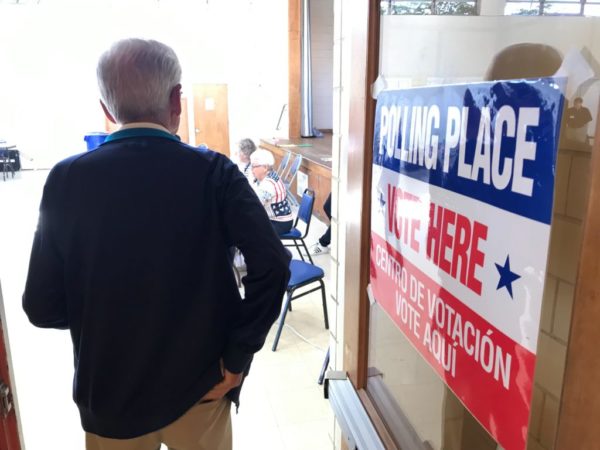 As next week’s election approaches, the county is reminding residents to check their polling place and  familiarize themselves with this year’s ballot.

The General Election next Tuesday, November 5 follows a tumultuous, pricey primary election in which incumbent prosecutor Theo Stamos lost to challenger Parisa Dehghani-Tafti, who is now unchallenged on the ballot after running a campaign centered on criminal justice reform.

Incumbent state Sen. Barbara Favola and Del. Alfonso Lopez both defeated their progressive challengers in the the June primary, and will be on the ballot. However, Lopez will now face a challenge to his bid for reelection from independent candidate Terry Modglin.

Del. Janet D. Howell, who ran unopposed in the primary, faces a challenge from Republican candidate Arthur G. Purves, who is focusing his campaign on what he describes as problems with progressive education.

Residents will also be casting their votes for two County Board seats — currently filled by Democratic members Christian Dorsey and Katie Cristol and contested by independent candidates, Audrey Clement and Arron O’Dell.

The ballot will also feature several other incumbent Democrats running unopposed including:

First up the deadline for requesting an absentee ballot be mailed to your address today at 5 p.m. Voters who want to request a mailed ballot can do so by emailing, faxing, or mailing Arlington’s Office of Elections (2100 Clarendon Blvd.)

Second is the start of absentee voting in-person, also at the Office of Elections, which runs from today until Thursday, October 31, from 8 a.m. to 7 p.m. each day. Those interested in absentee voting must present a reason why they are unable to vote on Election Day.

Voters who cast their ballots in person will given the county’s newly-designed “I Voted” stickers.