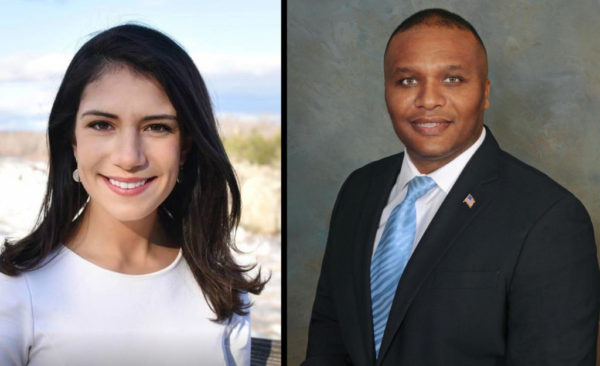 One of the country’s leading progressive activists and researchers is launching a new fundraising push for primary challengers to two Arlington lawmakers.

Sean McElwee, a co-founder of Data for Progress, announced yesterday (Wednesday) that his organization would be launching “The Progressive Virginia Project,” an effort to raise cash for four candidates in Virginia’s statehouse races this fall. Among the group set to benefit from the fundraising is Nicole Merlene, who is challenging state Sen. Barbara Favola (D-31st District) and J.D. Spain, who is looking to unseat Del. Alfonso Lopez (D-49th District).

In a tweet describing the new program, McElwee wrote that his group is seeking to elect “progressives who are fighting for a Virginia where Dominion Energy doesn’t set the agenda.”

The utility company’s influence in Richmond has become an increasingly controversial issue for the state’s Democrats in recent years, with many (Lopez included) swearing off contributions from Dominion. The General Assembly helps regulate the company, convincing many lawmakers and activists that it’s inappropriate to then rely on Dominion’s largesse when election season rolls around.

Any money taken in by the program will be divvied up among Merlene, Spain and two other candidates: Del. Lee Carter (D-50th District), the legislature’s lone Democratic socialist and a fierce Amazon opponent, and Yasmine Taeb, who is challenging Senate Minority Leader Dick Saslaw (D-35th District).

McElwee was previously a leading voice in supporting Rep. Alexandria Ocasio-Cortez’s insurgent progressive candidacy in New York, and launched a similar initiative during the 2018 midterms to elect several other candidates in statehouse races across the country. In all, his group was able to raise more than $448,000 to support races in eight states.

Data for Progress wrote on the new fundraising page that it picked the four candidates not only for their opposition to Dominion, but their support for a “Green New Deal, universal healthcare and racial justice” in Virginia.

Our next candidate is @jdspainfordel49, the President of Arlington's NAACP. He's facing Alfonso Lopez, a delegate that profits from ICE detention centers. Support JD here: https://t.co/RWdFF0QkPZ

— the supreme court will destroy everything we want (@SeanMcElwee) March 6, 2019

Merlene, who up until recently held leadership positions with the Arlington County Civic Federation and the county’s Economic Development Commission, has framed her run against Favola as a chance for a new generation to take the reins in Richmond.

In addition to criticizing Favola’s acceptance of Dominion cash — she’s taken $9,500 from Dominion over the last eight years — Merlene has blasted her work as a lobbyist while also serving as a senator. Favola runs a lobbying and consulting firm representing influential local institutions like Virginia Hospital Center and Marymount University.

Spain has also sworn off corporate cash in his challenge to Lopez, but that doesn’t provide quite the same contrast between the candidates. Lopez has refused money from both Dominion and Amazon (though he has taken Dominion money in past years), and draws most of his campaign cash from progressive groups.

Spain, currently the president of Arlington’s NAACP, has focused his campaign thus far on providing fresh representation in Richmond, and beefing up support for affordable housing and schools in the South Arlington district. He has not, however, attacked Lopez over his much-discussed consulting work for an ICE contractor, which McElwee highlighted in his support for Spain. The activist has made calls to “Abolish ICE” a central part of his work, prompting a broader debate within the Democratic party about the agency’s role.

It remains to be seen, however, just how much traction either candidate has gained in their primary challenges thus far — statehouse candidates won’t report how much cash they’ve raised again until April 15. A June 11 primary will decide the intraparty contests.