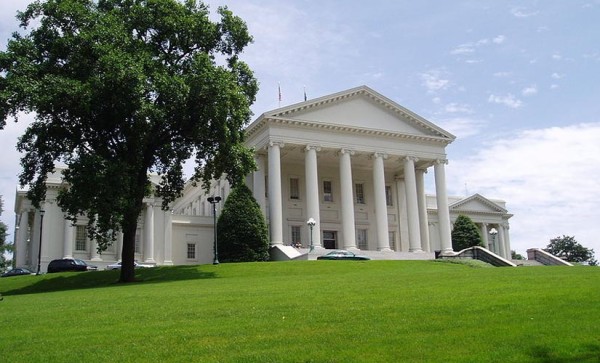 Amazon has now chipped in campaign cash to every one of Arlington’s representatives in Richmond, kicking in the relatively small total of $3,500 to the seven state lawmakers representing the future home of one of its new headquarters.

The tech company spread out the contributions over the course of last November and December, according to new campaign finance reports released yesterday (Tuesday), starting to wade into Virginia politics in the immediate aftermath of its big announcement that it would soon bring 25,000 workers to offices in Pentagon City and Crystal City.

All but one of Amazon’s donations to Arlington’s legislative delegation were either $250 or $500 in size, generally a pretty small sum in even the largely sleepy world of statehouse elections. For instance, none of the contributions were anything close to the largest sums county lawmakers received in the six-month period measured in the new reports, running from July through December 2018.

But the contributions do signal that the tech company is ready to start stepping up its involvement in state politics as it prepares to massively expand its presence in Virginia, particularly as the General Assembly gears up to approve an incentive package for Amazon that could send the company as much as $750 million in grants over the next two decades. Jeff Bezos’ firm has generally not chipped much money for state lawmakers in the past, but did start to ramp up some of its political giving early last year.

The tech firm was considerably more generous to Virginia’s statewide leaders. Amazon chipped in $4,000 for Gov. Ralph Northam’s political action committee last month, and sent $1,000 to Attorney General Mark Herring, who’s announced a bid for governor in 2021. The company also sent $4,000 to a PAC supporting Lt. Gov. Justin Fairfax, who is broadly rumored to be mulling his own bid for governor, and another $1,000 to House Speaker Kirk Cox’s PAC.

The cash from the company also comes as Democrats are increasingly viewing corporate donations with intense skepticism. Northam and other Democrats in the legislature are currently backing a ban on corporate cash in state elections, and Del. Alfonso Lopez (D-49th District) went so far as to return the $1,000 check Amazon sent to his campaign to avoid any appearance of political favoritism.

That check was the largest one the company sent to any local lawmaker — Lopez represents a collection of South Arlington neighborhoods immediately surrounding Amazon’s planned “National Landing” offices.

The company sent $500 checks to state Sens. Adam Ebbin (D-30th District), Barbara Favola (D-31st District) and Janet Howell (D-32nd District), and one to Del. Rip Sullivan (D-48th District). Dels. Patrick Hope (D-47th District) and Mark Levine (D-45th District) each received $250 contributions from the company. Notably, Amazon does not appear to have given any money to any of Arlington’s five County Board members last year.

While Amazon may attract the most attention these days, it was political action committees, generally controlled by corporations, that sent Arlington’s lawmakers the most cash in the second half of 2018.

Ebbin raised the most cash of any county legislator for the six-month period, pulling nearly $119,000 in all and assembling a campaign war chest of about $101,000. Of that haul, $8,500 came courtesy of PACs.

Arlington’s other senators pulled in quite a bit more from those committees. Howell, who placed second in the cash race among county lawmakers, raised about $76,000 over the last six months and now has nearly $267,000 socked away in her campaign account.

She scored about $29,000 of that amount from PACs, including $2,000 from Dominion Energy’s political giving arm — many Democrats, including the bulk of Arlington’s delegation, have pledged to refuse money from the utility company, arguing it would be inappropriate to accept cash from one of the state’s few regulated monopolies.

Favola is one of just two Arlington lawmakers facing a primary challenge so far this year, with local activist Nicole Merlene challenging her for the Democratic nomination. Merlene has yet to report any fundraising activity, as she declared her candidacy just a few weeks ago.

The same goes for Julius “J.D.” Spain, the head of Arlington’s chapter of the NAACP, who is challenging Lopez.

As for Lopez himself, he reported raising about $50,100 for the cycle, and has about $63,300 in the bank. He took about $9,750 in PAC money, but his biggest contributors were generally environmental groups, as he’s also refused Dominion cash.

Michael Bills, a Charlottesville investor focused on environmental issues, sent him $10,000. The group he founded dedicated to fighting Dominion’s influence in Richmond, Clean Virginia, added another $5,000.

In the county’s local races, the Democratic primary pitting Commonwealth’s Attorney Theo Stamos against former public defender Parisa Tafti is shaping up to be competitive on the cash front.

Tafti reported pulling in more than $30,500 since launching her campaign against the county’s top prosecutor, while Stamos managed just over $5,900 over the last six months. Tafti now has about $18,000 in her campaign account, compared to Stamos’ $24,300.

Neither of the two incumbent County Board members up for re-election this year — Katie Cristol and Chair Christian Dorsey — have formally announced campaigns thus far, but both did take in some campaign cash in the back of 2018.

School Board Chair Reid Goldstein, the lone member of that body running for re-election this year, reported raising just $15 to support his bid for the cycle. But he still has $4,400 left in the bank.

A June 11 primary will decide the Democratic nominations in the primary races, while all 140 state lawmakers and many county officeholders will face voters this November.