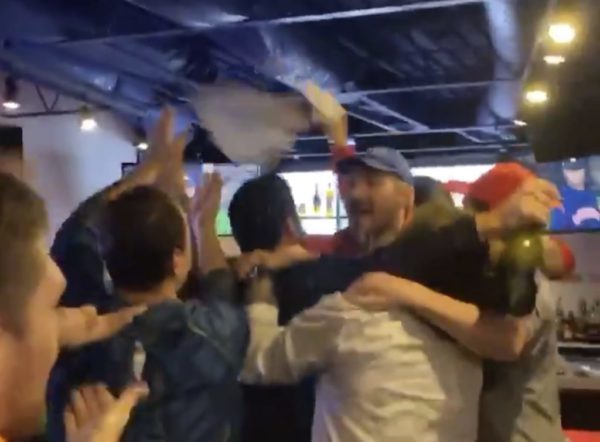 Champagne was spraying, people were jumping around and the whole room filled with deafening shouts.

The Caps held the team Halloween party at The G.O.A.T. in Clarendon, but the event turned into a World Series watch party. Alexander Ovechkin was among the players partying as the last strike was called in the bottom of the 9th.

The event for the team and spouses was held in a private event space at the sports bar, located across the street from the Clarendon Metro. Video from the celebration was posted online and quickly reposted by the Washington Post, Barstool Sports and local sports blogs.