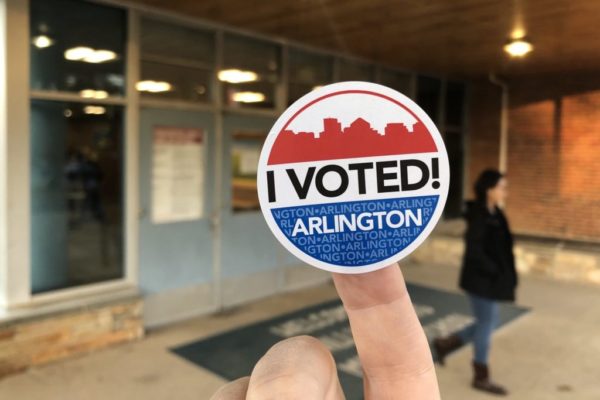 Local Dems Tout Big Wins — “Heading into the critical 2020 presidential race, we’re especially excited about the tremendous grassroots enthusiasm that fueled Democratic victories statewide. This historic victory belongs to the grassroots activists as much as it belongs to the Democratic Party.” [Press Release]

Walgreens Applying for Sign Permits — Updated at 10:15 a.m. — Walgreens signs are going up on former Rite Aid stores across Arlington, after the chain acquired stores from its drug store competitor nearly two years ago. [Twitter]

Investment for Company With Arlington HQ — “CoreMedia, a global content management platform and developer of CoreMedia Content Cloud, is excited to announce that it has successfully partnered with OpenGate Capital, a global private equity firm, on a majority growth investment… Terms of the investment were not disclosed.” [PRNewswire via Potomac Tech Wire]

First Snow Possible Next Week — “Back-to-back Arctic cold fronts are predicted to sweep across the eastern United States over the next week, the second of which has a small chance to squeeze out some snowflakes in the Washington region late Monday and/or Tuesday.” [Capital Weather Gang]