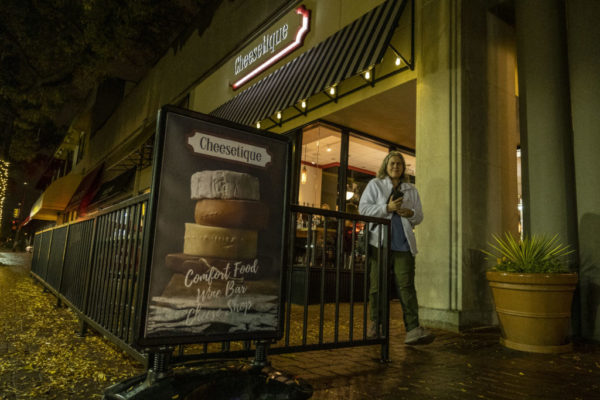 “[Our] retail cheese and wine shop has been upgraded and expanded as well: more wine, a wider selection of dry goods, and of course, more space for cheese and charcuterie,” said Erber.

Cheesetique first opened its Village of Shirlington location in 2011 nearby at 4056 Campbell Avenue — which remained open until Sunday.

The store and restaurant features dishes such as “grown up” grilled cheese sandwiches, along with ample charcuterie and wine served by the glass. It also has locations in Del Ray and Merrifield.

The new Cheesetique takes over the space of the former Luna Grill and Diner, which closed in 2016.