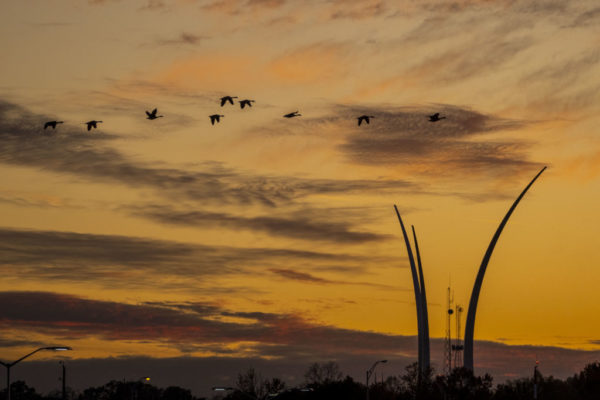 Pedestrian Struck on Columbia Pike — A pedestrian was struck by a vehicle on Columbia Pike near S. Highland Street around noon on Friday. Passersby rushed to help the victim, who remained on the ground after being struck. The crash appeared to happen prior the crosswalk in the westbound lanes of the Pike. The pedestrian reportedly suffered non-life-threatening injuries. [Twitter/@ARLnowDOTcom]

ACPD Ramping Up Seat Belt Enforcement — “During the Thanksgiving holiday, Arlington County Police Department is teaming up with the U.S. Department of Transportation’s National Highway Traffic Safety Administration (NHTSA) on a high-visibility Click It or Ticket enforcement campaign to work toward reducing the number of fatalities that occur when drivers and passengers fail to buckle up. The campaign runs from November 25 – December 6, 2019.” [Arlington County]

Hope ‘Doesn’t Know What to Expect’ with Majority — “Like his three colleagues also comprising the Arlington delegation to the House of Delegates, Patrick Hope has never served in the majority. That changes on Jan. 8, when Democrats take control of a body that has been under authority of Republicans for more than two decades – and when, for much of that time, Democrats were as much an afterthought as the groom at a wedding reception.” [InsideNova]

YHS Football Advances to Regional Final — “On Friday night, the Patriots shut the [Madison] Warhawks down, scoring a 25-10 win in the Class 6 Region D semifinals for their second victory of the postseason. The Patriots, who went on the road and never trailed, secured that third playoff game; they will face Westfield, another traditional power, in next week’s region final.” [Washington Post, InsideNova]

END_OF_DOCUMENT_TOKEN_TO_BE_REPLACED

More Stories
Neighborhood Spotlight: Top 3 Unique Weekend Activities in RosslynMorning Poll: When Are You Taking Off for Thanksgiving?