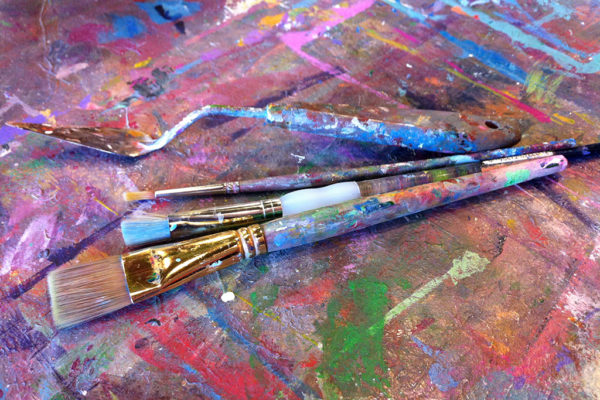 The county’s arts advisory committee has made several recommendations on how Arlington can continue to provide services to its art community.

On October 31, the Arlington Community Arts Advisory Committee (CAAC) released a 60-page report, outlining the committee’s work and what the county can do better.

After two years of research, the advisory committee made four major recommendations:

The fifteen members of the advisory committee were selected in 2017 based on their familiarity and dedication to the Arlington arts community — ranging from government staff, to APS workers, to independent artists.

Following a backlash to proposed cuts to the arts in the current county budget, the Arlington County Board requested the advisory group develop a transition plan for Arlington arts programs. The group was tasked with preparing a recommendation for the County Manager by October 31.

More on the then-proposed cuts, via a budget memo from County Manager Mark Schwartz to the Board in March:

…as we spend funds on the arts, we must determine whether the dollars spent make sense for the  services delivered and to make investments which can be delivered to a broader audience. Spending on new and innovative programs, such as the Arlington Art Truck, a platform that brings art to all people in the County, and our upcoming collaboration with WMATA as part of the Digital Engagement Initiative, are examples of efforts that increase accessibility and visibility of the arts at relatively modest costs.

As we continue to look at ways of bringing innovative, efficient and cost‐effective arts programs to more people, there are several long‐standing legacy programs including the CostumeLab, Scenic Studio and Mobile Stage which are rarely, if ever, provided directly by a local government. In Arlington, these services in some instances are used sparingly and episodically throughout the year, but still require intensive staff resources to operate under the current service delivery model. My proposal does not recommend removing the space or assets of these functions, but rather a re‐evaluation of how the functions are being supported by the County.

“After months of very productive discussions among the CAAC members, we believe we arrived at fair and equitable recommendations that were recently presented to the County Manager,” Kopenhaver said.

“It is key that the appropriate representatives sit on this committee from both the arts world and the public schools,” she continued. “Plus, they still have some critical things to iron out before we can declare the process fully successful.”

More on the group’s recommendations below, after the jump.

The scenic studio is currently located in the Gunston Arts Center (2700 S. Lang Street) and “is the only stand-alone, fully equipped facility of its kind in the immediate Washington, DC area,” per the committee report. Arts organizations use the space to build sets to plays and musicals.

The studio has limited capacity, and the loss of the facility “would have significant impact on the current users.” After evaluating six scenarios, the group recommends the county move the studio to South Four Mile Run Drive while maintaining the Gunston facility as a transitional phase.

Arlington Art’s current CostumeLab is available as a rental resource, by appointment only. The advisory committee considered four scenarios on how to better service the CostumeLab, so it can “facilitate better shows to attract large audiences.”

In conclusion, the group recommended a split approach with Signature Theatre to develop and manage a costume inventory service, which would move into 3700 S. Four Mile Run Drive as part of a Maker Space pilot.

Arlington’s mobile stage, or portable stage, is county-managed and is available for rental.  Used by various departments and community groups, the committee states in its report that it has “five years remaining of its life.”

The group recommends the county disposes of the stage and contracts with another vendor, “to help make access to high-quality stage services available to a wider range of groups with different needs.”

Because thirteen community arts organizations perform in either the Thomas Jefferson Middle School or Gunston Middle School theater, it can be difficult to schedule rehearsal and performance times in conjunction with APS’s own programs.

Therefore, the committee recommends two new calendars are completed as a “means of addressing the specific challenges of timing of allocations and scheduling conflicts.”