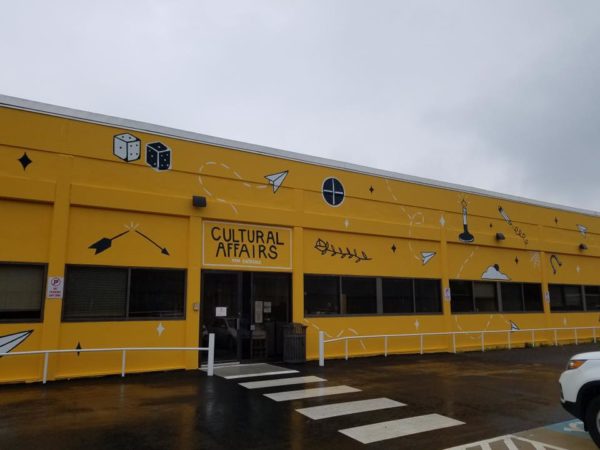 County Manager Mark Schwartz is proposing a total of $5.2 million in spending slashes for fiscal year 2020, in tandem with a tax increase to meet some of the county’s financial challenges. About $500,000 of those cuts will targets arts-focused programs specifically, according to an analysis by the advocacy group Embracing Arlington Arts.

“We all have to sacrifice when budgets are tough,” Embracing Arlington Arts Chair Janet Kopenhaver wrote in a statement. “However, we remain stunned at the very high proportion the small arts budget is being asked to shoulder.”

Schwartz plans to close the Costume Lab and Scenic Studio Program located at the Gunston Community Center (2700 S. Lang Street), which provide scenery construction space and costume rentals for local arts groups. That will involving laying off two employees who staff the programs, a savings of about $180,000 each year.

The manager also expects to cut funding for its arts grant program by a third, dropping it from about $216,000 to $146,000 annually. The program provides some matching funds to support local artists, and both County Board contenders last year pressed for increases to the fund.

Kopenhaver group says that would make the county’s budget for the grant program “the lowest in the region.”

The county would also ditch the use of its mobile performance stage, which is available for rent, under Schwartz’s proposal.

The Cultural Affairs Division of the county’s economic development arm would also lose an audio production specialist who worked on county events, and the facility manager and facility technology services director working at the county’s arts studio at 3700 S. Four Mile Run Drive. Schwartz expects existing staff could absorb the responsibilities of those employees, who are responsible for managing the space as a variety of different arts groups make use of it.

In all, the arts advocates estimate that cultural affairs and arts program take up about one tenth of one percent of the county’s budget — Schwartz’s proposed cuts are much larger than that for arts-related services.

“In the end, the tiny arts program is being held accountable for a share of this year’s budget shortfall that is 62.5 times greater than its share of the fiscal year 2019 county budget,” Kopenhaver wrote. “If the cuts were proportional to the actual budget, then the cuts to the arts would be only $8,000.”

Embracing Arlington Arts notes that a recent study found that the arts generate $18 million in economic activity for the county, meaning that cuts to the arts budget could well have an impact on the county’s tax revenue.

Other proposed cuts in the budget including spending reductions for everything from Arlington Independent Media to the county’s bus service.

The Board will evaluate Schwartz’s proposal over the next few months, while also keeping a close eye on school needs as well — Superintendent Patrick Murphy is already warning that the school system will face painful cuts unless the Board approves a substantial tax hike.

Officials are scheduled to finalize the budget in late April.