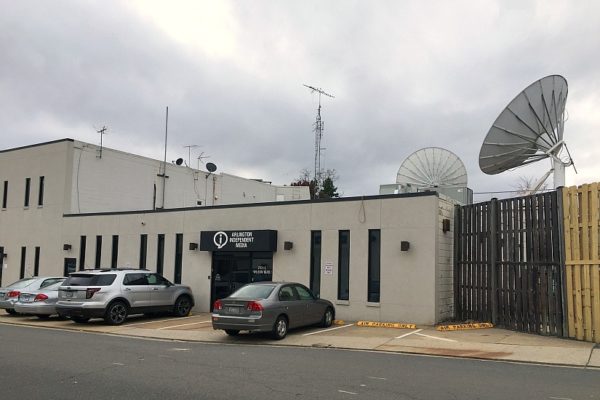 Arlington officials plan to cut funding for the county’s independent TV and radio stations next year, as part of a gradual effort to wean the nonprofit that operates the stations off government funding.

County Manager Mark Schwartz hopes to shrink the county’s contribution to Arlington Independent Media by about $18,100 in fiscal year 2020, a roughly 5 percent reduction in funding from a year ago.

In all, the county plans to send the nonprofit about $415,000 to support its operations under the new budget proposed by Schwartz late last week. Established in 1982 as Arlington Community Television, AIM operates a public access TV channel and the WERA radio station and offers training in all manner of media technologies.

Schwartz proposed a much larger cut to the county’s support for the community broadcaster last year, with plans to slash about $90,000 in ongoing funding for AIM as the county sought to cope with a tough fiscal picture without raising taxes. But in the face of outcry from AIM employees and its viewers, the County Board ultimately decided to restore $70,000 in funding to the group on a one-time basis.

The county manager’s proposal for the coming fiscal year maintains that $70,000 in the budget, once again on a one-time basis, but Schwartz is warning that the county will likely need to start rolling back its support of the nonprofit moving forward. In a message attached to his proposed budget, Schwartz suggested that he’d like to slash AIM’s funding by 5 percent for the next three years, as well.

AIM has faced a precarious financial situation ever since the county signed a new franchise agreement with Comcast in late 2016. The cable provider traditionally chipped in cash to support the nonprofit media company, but the county’s new deal allowing Comcast to operate in Arlington removed all dedicated funding for AIM.

That has forced the county to provide a bit more funding on its own for AIM, which otherwise relies on member contributions to stay afloat. But Schwartz cautioned in his message to the Board that the county likely won’t be able to continue backstopping the nonprofit, and he noted that a recent study of AIM’s operations suggested that it will likely need to more aggressively fundraise to support itself going forward.

“As the county continues to support AIM in their transitional period, AIM must work to diversify their revenue streams and re-evaluate their position in the ever-changing media industry,” Schwartz wrote. “To help with this, consistent with the findings of the independent study, the county strongly encourages AIM to develop a set of performance metrics that can help demonstrate its community impact and contributions, which could help it attract new strategic funding partners or like-minded community nonprofits with which it might share staffing or other resources.”

Schwartz added that the study of AIM also examined “Arlington TV,” the county-run cable network, and recommended moving some of its functions to the county’s existing communications and public engagement office to save a bit of cash.

The Board will have the final say on all these budget changes as it reviews the spending plan over the course of the next few weeks. It’s scheduled to adopt a new budget in April.