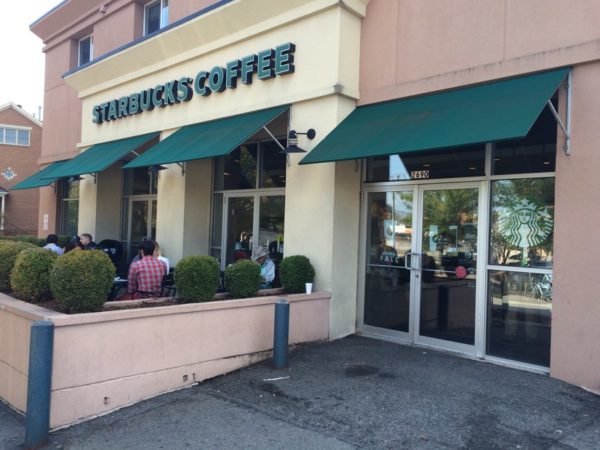 People for the Ethical Treatment of Animals says demonstrators will “occupy” the cafe at 2690 Clarendon Blvd — as well as other Starbucks location in the U.S. and Canada — to pressure the coffee chain to offer dairy-free milk free of charge. The protest is scheduled to take place from noon-1 p.m.

It’s part of a “Week of Action” aimed at pressuring Starbucks to “stop penalizing people for choosing eco- and animal-friendly options.”

More from a PETA press release:

On Wednesday, PETA protesters will gather peacefully inside a Starbucks on Clarendon Boulevard to urge the company to dump its surcharge for dairy-free milk. The sit-in–a part of PETA’s Week of Action, during which supporters will occupy Starbucks locations across the U.S. and Canada–follows a recent protest at the home of Starbucks CEO Kevin Johnson.

“Soy and nut milks shouldn’t cost a cent more than their dairy counterparts, which are cruel to cows, contribute to climate change, and are indigestible to many humans,” says PETA Executive Vice President Tracy Reiman. “PETA is upping the pressure on Starbucks to wake up and smell the coffee: It’s time for the unfair surcharge to end.”

In today’s dairy industry, cows are artificially inseminated (raped via an inserted syringe) and calves are torn away from their loving mothers within a day of birth. Male calves are often slaughtered for veal, and females are eventually sentenced to the same miserable fate as their mothers. And according to the United Nations, animal agriculture is responsible for nearly a fifth of human-induced greenhouse-gas emissions and a global shift to vegan eating is necessary to combat the worst effects of climate change.