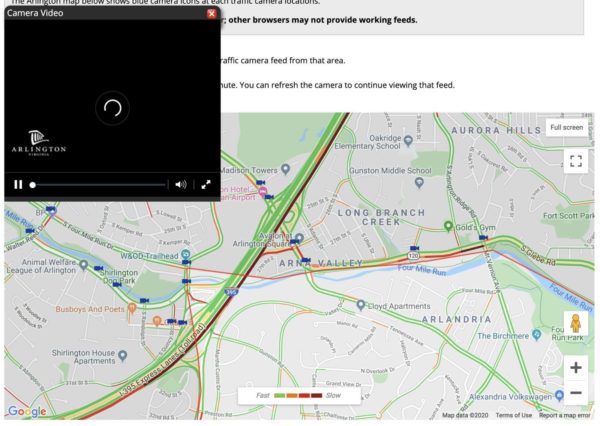 Traffic cameras are used by the media to inform the public about incidents on the road — from crashes to road closures — in traffic and news reports.

Arlington County has one of the region’s more accessible traffic camera networks, with some 180 camera feeds available on the county’s website since 2015.

“This new service is part of the County’s initiative to promote open data and better serve all those who use Arlington streets,” Arlington transportation chief Dennis Leach said at the time, when the website launched. “We’re utilizing technology to provide the public with real-time traffic conditions so that they can make informed decisions about their planned trip — anything from a commute to a special event.”

But the openness has been curtailed.

A few months ago, Arlington County implemented a new policy that proactively shuts off the feeds of traffic cameras that are in view of incidents from minor crashes to major news stories. Other times, cameras are deliberately pointed away from such incidents.

“Arlington County cares about all the people who live, work and visit in our community,” County Manager Mark Schwartz said in a statement to ARLnow. “When a crash is called into 9-1-1, the Emergency Management Division’s Watch Office wants to protect the privacy of the people involved in case someone requires medical attention on the scene or the crash is fatal.”

“While we cannot always know the exact circumstances on the scene, we err on the side of caution by cutting off the public viewing of the live traffic camera feeds,” he said. 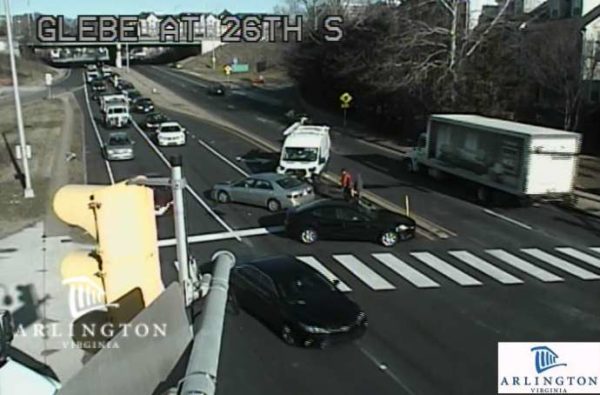 The policy was on display last week, when a minor crash on S. Glebe Road blocked several lanes. ARLnow was able to snap a screenshot of the crash shortly after it happened; moments later, the feed went dark.

ARLnow filed a Freedom of Information Act request to view emails related to the camera decision. After being told that it would likely cost around $1,000 to gather the documents, we cancelled the request. 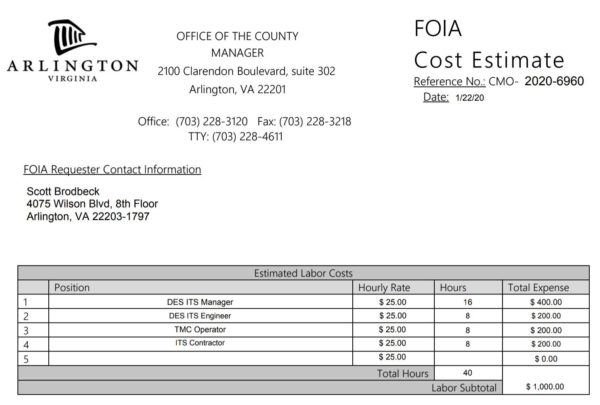