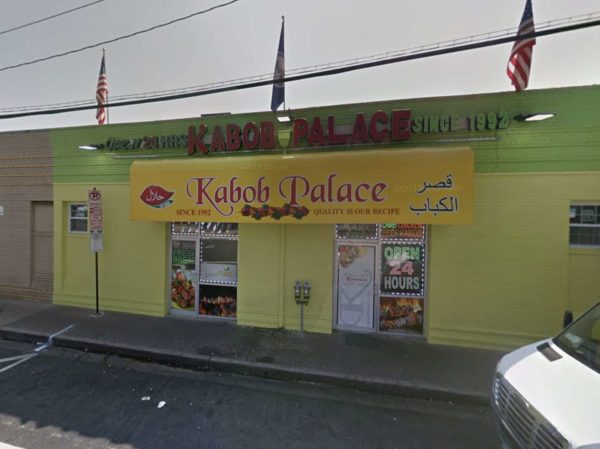 Kabob Palace restaurant in Crystal City has sent a cease and desist letter to ARLnow, threatening legal action over an article that reported on a possible measles exposure there.

The article was published Friday evening, after Arlington County and the Virginia Dept. of Health issued press releases warning that a person with measles had traveled to a number of places in Northern Virginia, including the restaurant on the 2300 block of S. Eads Street.

“Northern Virginia area health officials are mounting a coordinated effort to identify people who may have been exposed,” the press release continued. “Based on the date of exposure, we have determined that if you were infected with measles, you may develop symptoms as late as February 19, 2020.”

The cease and desist letter, below, demands that ARLnow’s article relaying the information from the county “be removed from your website immediately, as the article contains misinformation that has had a direct negative and significant impact on Kabob Palace’s business.”

Kabob Palace was the only Arlington location mentioned by authorities as having been visited by the measles patient. The cease and desist letter says the ARLnow article, and accompanying photo, “unfairly single out Kabob Palace.”

“Your voluntary removal of the picture of my client’s business as well as a more balanced and factually accurate report of the facts will be appreciated,” the letter says. “Failure to comply with these reasonable requests may force my client to take further legal action, which we all would hope to avoid.” 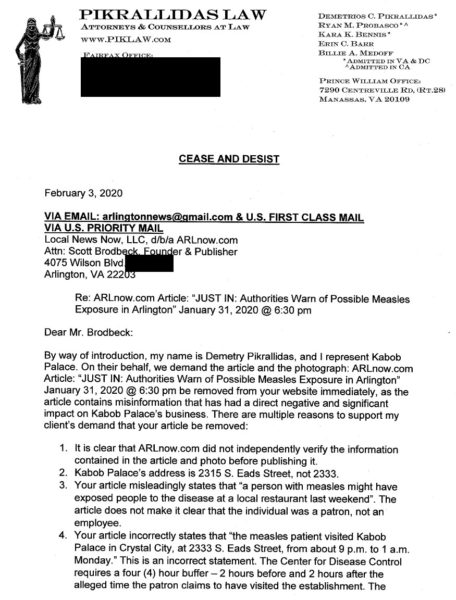 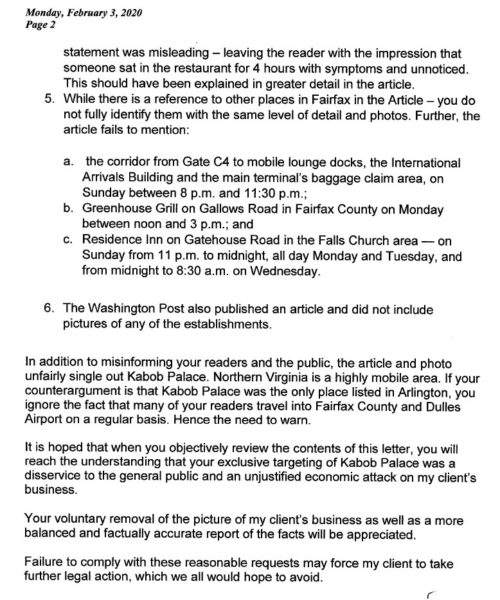