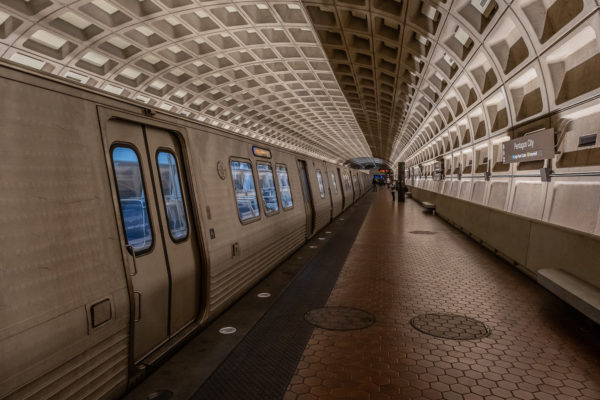 Lopez’s Dream Act Passes House — “In a landmark session, the Virginia House of Delegates today voted for the first time to approve HB 1547, a bill which would expand in-state tuition eligibility to undocumented students at Virginia’s public colleges and universities. The bill, also known as the Virginia Dream Act, was introduced by Delegate Alfonso Lopez (D-Arlington) and passed after many years of advocacy and hard work.” [Press Release]

One-Time Arlington Startup Founder Convicted — “A jury convicted CommuniClique founder and former CEO Andy Powers of six out of eight counts Friday in the U.S. District Court for the Eastern District of Virginia. The jury found Powers guilty on three counts of wire fraud and one count of mail fraud, according to court documents… Powers was based for years in Reston and Arlington before moving to Los Angeles in August 2018 as the head of what he billed as a communications and tech platform.” [Washington Business Journal]

New Funding for Local Startup — “The Center for Innovative Technology (CIT) today announced that CIT GAP Funds has invested in Arlington, VA-based HyperQube, a cyber range as a service offering that enables enterprises to quickly and easily build an exact copy of any IT infrastructure.” [Globe Newswire via Potomac Tech Wire]

FYI Tipsters: We Can’t Open Nextdoor Links — Here at ARLnow, we appreciate everyone who emails us or sends us anonymous tips about possible stories. Recently, tipsters have started frequently sending us anonymous tips that link to a post on Nextdoor. The problem is: Nextdoor is a private, neighborhood-based social network and we can’t open the links. Please send us screenshots of posts instead.

Nearby: Falls Church Fire Cause — “Yesterday’s house fire at 400 S. Oak Street was accidental. ‘It’s not confirmed, but the cause could be a space heater plugged into an electrical power strip,’ said [fire official Henry] Lane. ‘If so, this is part of a bad national trend. Power strips cannot handle the demands of a space heater. People should plug them directly into an outlet.’ The damage to the property is valued at $150,000.” [City of Falls Church]

END_OF_DOCUMENT_TOKEN_TO_BE_REPLACED

More Stories
Just Reduced Properties in ArlingtonMorning Poll: What Do You Think of This Mild, Damp Winter?