Tinkering with the virtual structure of a company can be hazardous, so instead, Ballston-based startup HyperQube will make a digital clone of a company and then subject it to every horrible cyberattack known to man.

It’s the Portrait of Dorian Gray for the digital age.

“Being able to rapidly clone entire infrastructure, including the networking, allows enterprises to test in ways that used to be too expensive,” Craig Stevenson, founder and CEO, told ARLnow. “Before HyperQube, probing an enterprise’s defenses was costly and dangerous, since you are probing real systems which can’t be taken offline. Now, you could spin up hundreds of exact copies of an enterprise’s defenses and probe them both risk-free and simultaneously, saving massive amounts of effort and eliminating the risk of taking a production system offline.”

HyperQube describes the virtual environment as “alternate realities” that allow users to test, play and break to their hearts’ desire.

The ability to clone digital structures isn’t new, but Stevenson said HyperQube allows the clones to be built and modified quickly.

Various products focus on different scales and targets, like Hyperskill — which uses the cloning method to allow instructors and students to tinker with real systems without potential consequences. 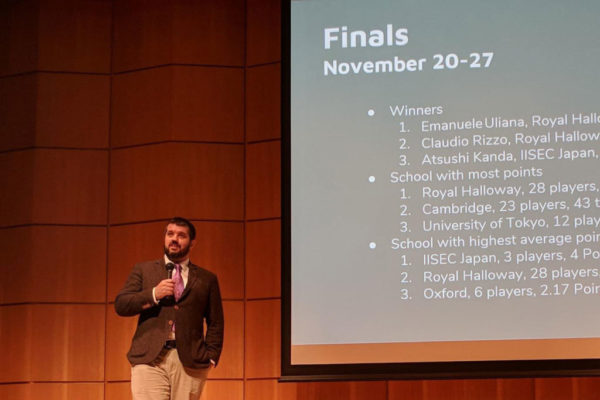 The startup launched in January 2018 after participating in the local cybersecurity accelerator Mach37.

HyperQube ran an event last year where they invited hackers to come participate in a digital competition where, once a platform was shut down, the hackers wrote out detailed explanations of their exploits and offered suggestions on how to fix them.

The company recently signed partnerships with the National Guard, Department of Homeland Security, Cisco and other groups. Stevenson said more partnerships were on their way soon, but couldn’t announce any further details. HyperQube also raised $500,000 in seed funding, which is going toward sales, development and new hires.

Stevenson said Arlington has been a great place to run a cyber startup.

“For us, being within 40 minutes of a customer in D.C. or our data center in Ashburn, makes Arlington ideal,” said Stevenson.