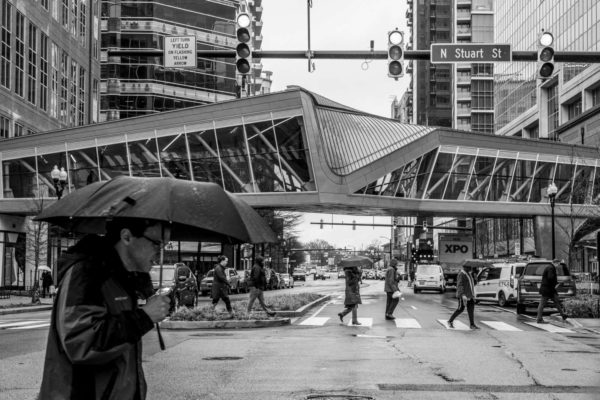 Lots of New State Laws May Be Coming — “In the 35 days since the 2020 legislative session began, Democratic lawmakers in Virginia advanced laws to restrict access to guns, raise the minimum wage, decriminalize marijuana and ease restrictions on abortion. They sprinted to pass hundreds of bills before a deadline: February 11th, ‘crossover day,’ when all bills must be passed by at least one chamber or be scrapped.” [WAMU]

Plastic Bag Tax Among Bills Under Consideration — “The Senate passed a version of the bag fee bill shortly before midnight that would impose the five cent tax in Northern Virginia but allow localities elsewhere in the state to decide for themselves whether to have the fee… The House also voted to ban foam takeout containers starting in a few years.” [WTOP]

Tomorrow: Winter Bike to Work Day — “It’s cold outside but that doesn’t mean you have to give up riding your bike. In fact, we want to encourage you to warm up to cold- weather biking on International Winter Bike to Work Day. This year we will have our pit stop at Gravelly Point on the Mount Vernon Trail.” [Eventbrite]

Per-Square-Foot Home Prices — “The city of Falls Church zoomed past the District of Columbia to be the local jurisdiction where home-buyers spent more, per square foot, than anywhere else in January. The median per-square-foot cost of $453 for Falls Church property for the month was up 13 percent from a year before, while the $449 recorded in Washington was down 7.2 percent… Arlington placed third, up 9 percent to $399 per square foot.” [InsideNova]