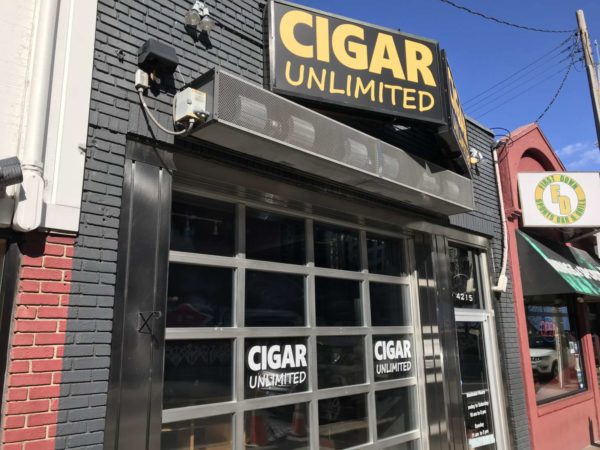 A new premium cigar store is open in the Ballston neighborhood.

Cigar Unlimited (4215 Fairfax Drive) sells a wide range of premium cigars, which are handmade and rolled in dried tobacco leaves. The cigars are manufactured in Nicaragua, the Dominican Republic and the U.S., some of which are made specifically for the shop, Mo Fakhro, the owner, told ARLnow.

The store is the only cigar shop that has a personal relationship with their manufacturers in the D.C. area, Fakhro claimed.

“You’re not going to find [these cigars] anywhere else, except to come visit us in the store,” Fakhro said.

Fakhro also owned Cigar Connection, a shop previously located nearby, at the corner of N. Randolph and Fairfax streets in Ballston. The shop opened in 2004 but was forced to close in 2014 after the lease expired, Fakhro said.

The new store will include house blend cigars, which were not sold at the old store.

Cigar Unlimited is not fully stocked yet, Fakhro said, adding that the store plans to hold its grand opening sometime next month.