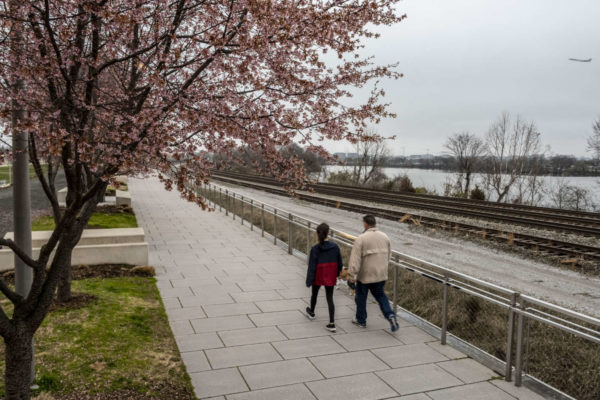 HQ2’s Employee Count Keeps Growing — “Amazon.com Inc.’s Arlington headquarters seems to get larger by the week. At latest count, there are just shy of 715 employees in leased office spaces in Crystal City and about 125 pending starts.” [Washington Business Journal]

MS-13 Members Plead Guilty to Shooting — “Two MS-13 members pleaded guilty today to their respective roles in a December 2018 shooting and stabbing that occurred in Four Mile Run Park on the border of Alexandria and Arlington. According to court documents, Juan Francisco Rivera-Pineda, 25, and Jefferson Noe Amaya, 24, both Alexandria residents… confronted the victim in the park, shooting him in the throat and arm, and stabbing him in the back. The victim was transported to the hospital where he underwent surgery and survived.” [USDOJ]

Pentagon Suspect Was Out on Bail — “Matthew Richardson, who is facing charges in Arlington, Va., after police say he tried to blow up a car in a Pentagon parking lot, was released from the Washington County jail in December after The Bail Project posted his bond.” [Arkansas Democrat Gazette]

Vaping Is Prevalent in Arlington Schools — “Sneaking doses from e-cigarettes or, ‘juuling,’ has emerged as ‘the No. 1 offender at Arlington Public Schools,’ according to substance abuse counselor Jenny Sexton, speaking at the Feb. 12 exploration of the hot topic at the Arlington Committee of 100… It’s a tricky discipline challenge, said Sexton, who is “stretched thin” counseling populations at 24 elementary schools and two Arlington middle schools.” [Falls Church News-Press]

Beyer Campaigning for Mayor Pete — “As Pete Buttigieg struggles for momentum going into the South Carolina Democratic primary and Super Tuesday, two members of Congress from the Washington region are traveling the country to promote his presidential campaign. Reps. Don Beyer (D-Va.) and Anthony G. Brown (D-Md.) were early endorsers of the 38-year-old former mayor of South Bend, Ind., who they say has the personal story and calm demeanor to unite a nation divided by Donald Trump’s presidency.” [Washington Post]