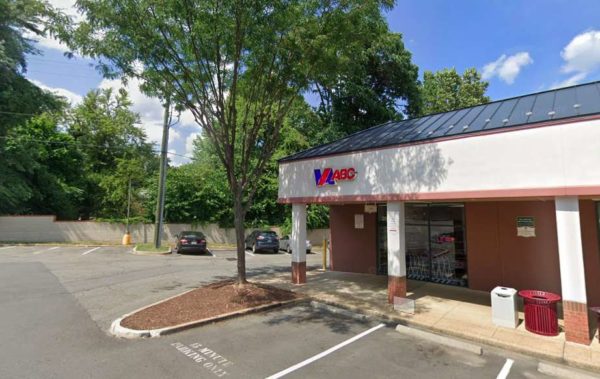 (Updated at 3:10 p.m.) If you’re a regular at the ABC store in the Lee-Harrison Shopping Center just off Lee Highway, you might want to stop by to stock up this weekend because the store is temporarily closing.

“ABC supports its employees’ decisions to self-quarantine when necessary, which has impacted staffing levels in this region,” Virginia ABC said in a press release. “In order to maintain appropriate staffing and allow time to train additional personnel, ABC made the decision to temporarily close select stores in this area.”

The store is one of a dozen closing throughout the region. Virginia ABC said employees of the temporarily closed stores will have the option to work at other nearby locations to sustain operations.

The next closest ABC store is further east along Lee Highway at 4709 Lee Highway.

“ABC plans to reopen these stores on April 30, however the final decision will depend on the authority’s ability to properly and safely staff the stores,” Virginia ABC said. “All ABC stores currently operating across the commonwealth are open from noon to 7 p.m., seven days a week. The reduced operating hours allow staffing flexibility as well as more time for employees to clean and disinfect frequently touched surfaces and stock shelves.”

Virginia ABC also said some store operations have changed, including limiting the number of customers in the store at one time to no more than 10. Stores have also installed social distancing markers to ensure customers stand at least six feet apart from one another. The stores are also offering online ordering.

In addition to the temporary store closures, all Virginia ABC stores will be closed this Sunday in observance of Easter.