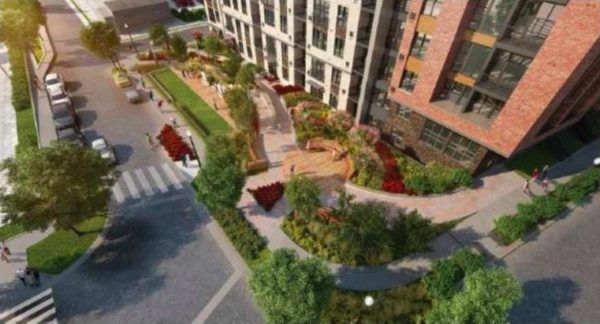 One year after Robert E. Lee’s name was stripped from what is now Washington-Liberty High School, Arlington County is preparing to name a new park after an enslaved person Lee’s household.

Selina Gray Square is a park planned for the north end of a residential development called The Trove, an addition to Wellington Apartments at 1850 Columbia Pike that was approved in 2016.

More about the park from a county staff report (emphasis added):

The park will be located at the north end of one of the new residential buildings and adjacent to a new segment of 12th Street South the developer will construct (See Attachment I, Figure 2). It is within the Columbia Heights Civic Association and adjacent to the Arlington View Civic Association boundary. The 8,700 SF (.2-acre park) will be a publicly accessible, privately owned park and will have a bocce court, plaza, benches, walkways and landscaping. Per the recommendation of the HALRB, the Developer will create and place a plaque in the park to commemorate Ms. Selina Norris Gray.

Selina Norris Gray was a second-generation slave in Arlington and was owned by Mary Anna Custis Lee, the great-granddaughter of Martha Custis Washington and wife of Robert E. Lee. Gray worked as a maid and was the eventual head housekeeper of Lee’s Arlington House.

At the outbreak of the war, when Lee’s family fled south, Gray was left the keys to the house and its care entrusted to her. She is credited with saving George Washington artifacts from looters.

According to A Guide to the African American Heritage of Arlington County, Virginia:

Unable to remove all the Washington artifacts from the house prior to fleeing to the South, Mary Custis Lee entrusted the household keys to Selina Gray. For six months she actively protected the items from pilfering soldiers. In December 1861, she requested that General McDowell safeguard the collection. McDowell subsequently removed the items to the patent office. 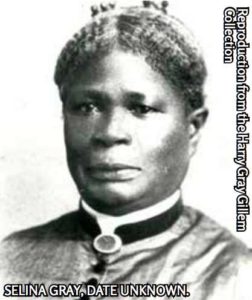 The staff report on the project noted that some of the items from the Washington collection had disappeared, despite Gray’s efforts, but General McDowell was able to secure them.

“The continued existence of family heirlooms that had once belonged to Martha Custis Washington, and President George Washington can be attributed to Selina Gray’s courageous actions,” the staff report said.

After the war, Gray and her husband purchased a 10-acre property in Green Valley and remained there for the rest of their lives. Their descendants provided first-hand accounts of Arlington House during the 20th century restoration and some still live in Arlington.

The naming of the park is docketed for consideration at next weekend’s County Board meeting.