We’re starting off this week with recommended reading: Mike Snider at USA Today picked up on that Brewer’s Association survey I mentioned in my last column and ran with it, talking to several breweries about their experience during the pandemic, and how long they think they can sustain themselves.

Like in the survey, the responses are not encouraging but they’re not hopeless either. You can check out the piece here.

Prominently quoted in Snider’s article is Greg Engert of Neighborhood Restaurant Group. Besides local beer scene landmarks like Church Key and the two Rustico locations, NRG also has their Bluejacket Brewery in D.C. Bluejacket’s beers had, over the past year, gone from mostly D.C. with some appearances at Virginia bars and restaurants to becoming available at retailers with draft stations like Arrowine. 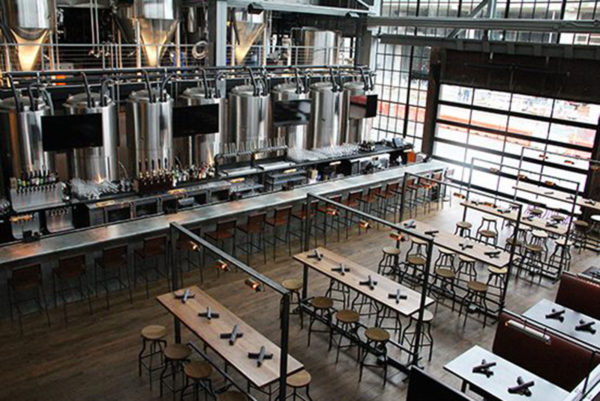 With restaurants being decimated, breweries that were previously focused on “on-premise” sales have shifted, making beers available to consumers that we never would’ve expected to be retailed — and with home delivery, at that. Aslin, Bluejacket, Ocelot, Wheatland Spring and more NoVA breweries are now dropping beers at your doorstep — check with each for minimums, etc.

Outside of the immediate area, Richmond heavy hitters The Veil and Triple Crossing are now offering delivery of their beers to homes in NoVA, making many beer geeks daydreams come true.

It’s odd to encourage people to buy their beer directly from the brewery rather than from Arrowine, but the vast majority of these breweries weren’t distributing to retail anyway and weren’t planning to: the exceptions being the occasional Bluejacket keg (as of this writing, I have two on our draft station) and Aslin can release (again, two new ones just hit our Online Store.)

Also, this whole thing is going to come to an end someday and while I know we’ll lose some — maybe a lot — of our great local breweries, I want as many as possible to survive. Not to mention that right now, when we can’t go out and get together like we want to, it’s nice to have something exciting and enjoyable available. Anyway, we’re not hurting for selection at Arrowine.

So, going forward what I think I’d like to do is, as often as possible, use this column to feature different breweries to shine a light on them, and what they’re going through during this… let’s say unique?… period in time. Drop into the comments if you’ve taken advantage of any of these direct delivery options, whose beers you’ve ordered, and how the experience as been.

Take care of each other. See you next time.