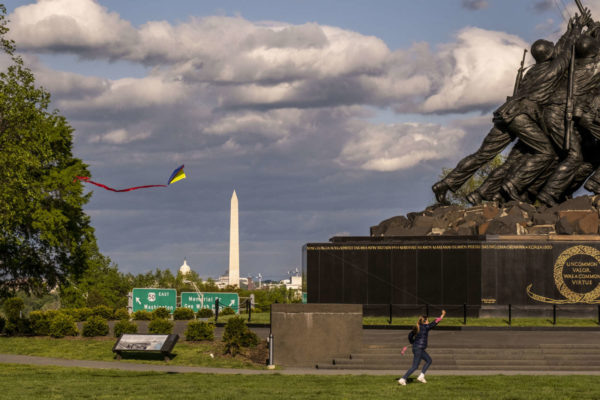 More Arlingtonians Getting Out of the House — “The District and its suburbs all saw an increase in travel and a 1 percent to 5 percent drop in people staying home by April 17. The biggest drop occurred in Arlington County, where 50 percent of residents stayed home, down from 55 percent the previous Friday.” [Washington Post, @Matt4Arlington/Twitter]

YHS Senior Photos on CBS Evening News — “For America’s nearly four million high school seniors, the end of this school year is not what they imagined would be. But as Chip Reid reports, one photographer is making sure some members of the class of 2020 are not forgotten.” [CBS News]

Dem Primary May Be Called Off — “Chanda Choun, who was slated to face off against incumbent Libby Garvey in the June 23 Democratic County Board primary, anticipates pulling out of that race to seek the Democratic nomination for the July 7 special election to fill the seat left open by the death of Erik Gutshall… if Choun does drop out, the Democratic primary will be nixed.” [InsideNova]

Video: School Board Candidates Forum — “The questions covered a wide range of topics – whether/how much new curriculum should be taught during the COVID-19 crisis; how best to feed families during the pandemic; distance learning access during and after the pandemic; equity initiatives; equality in the classroom; encouraging integrated classrooms; AP and IB classes; community engagement; boundaries; sex education; and the superintendent’s contract.” [Blue Virginia]

School Board Rejects Furlough Day Proposal — “Arlington School Board members on April 23 rejected a budget-cutting proposal from Superintendent Cintia Johnson that would have had every school-system employee take an unpaid ‘furlough’ day in the coming school year. Instead, the school system will use about $3 million in reserve funds to pay staff that day and fund several other initiatives that Johnson had recommended reducing or eliminating.” [InsideNova]

Amazon Donates to Va. Comp Sci Education — ” Amazon will donate $3.9 million to CodeVA through 2022 to support their long-term plan to offer computer science education and training to every high needs school across Virginia – more than 700 schools… The donation will support more than 500,000 students and more than 12,000 teachers.” [BusinessWire]