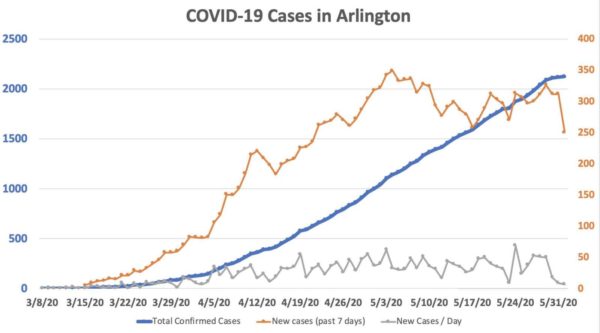 If the data is accurate, Arlington has seen a big drop in new coronavirus cases over the past few days, despite a big increase in testing.

As of Monday morning, data from the Virginia Dept. of Health shows only 34 new COVID-19 cases reported in Arlington since Friday. That brings the trailing seven-day total of new cases in the county to 250, the lowest level since April 21. 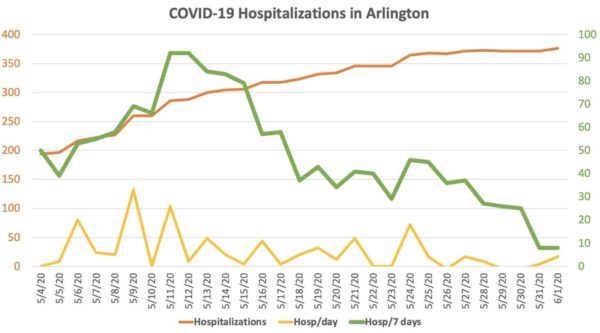 Five new COVID-related deaths have been reported since Friday. 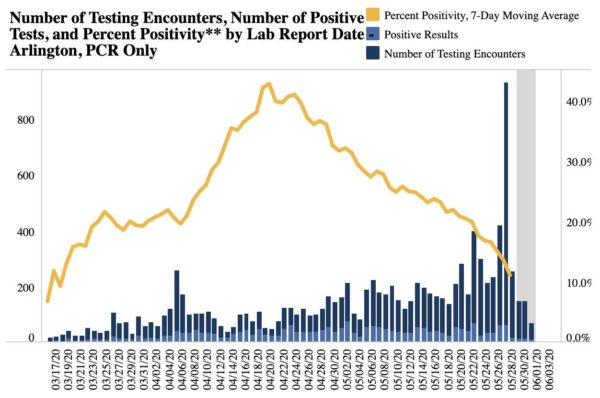 Testing, meanwhile, is up significantly, in large part to the free testing event last week that administered more than 1,000 tests. According to VDH, there have now been more than 10,000 PCR tests administered in Arlington, and the seven-day test positivity rate has fallen to 11%, near the 10% goal that many health authorities consider to be an indication of adequate testing. The seven-day moving average of daily “testing encounters” in the county now stands at 390.

Arlington and Northern Virginia entered a “Phase 1” reopening of businesses on Friday.