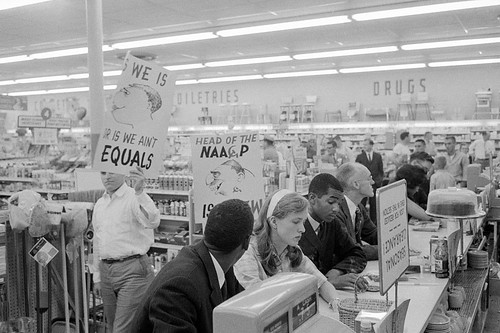 (Updated at 4:30 p.m.) Arlingtonians are marching in the streets protesting for racial justice, but 60 years ago that fight took the form of sit-ins at Arlington lunch counters.

This day in 1960 marked the start of a series of demonstrations that remained peaceful despite harassment by local white students, police, and Neo-Nazis. The sit-ins went on for 13 days and were a pivotal moment in local civil rights history.

“On June 9, 1960, just after 1 p.m., about a dozen people walked into the People’s Drug Store at 4709 Lee Highway in Cherrydale and began what would become a peaceful County-wide demonstration for the right of all people to be served at what had historically been white-only lunch counters,” Arlington’s Historic Preservation Program said. “Although African Americans could patronize stores as clientele, employees refused to serve customers of color at the lunch counters within the stores.”

The Historic Preservation Program said other shoppers, including local students, harassed the protestors. A group of members of the Arlington-based American Nazi Party, led by George Rockwell, also showed up and were photographed harassing the protestors while wearing swastika armbands.

Images from the sit-ins showed black protestors sitting at the counter while white counter-protesters marched behind them with signs bearing racist slogans and images. The police were called but made no arrests, and the protestors left when the drug stores closed at 10 p.m. 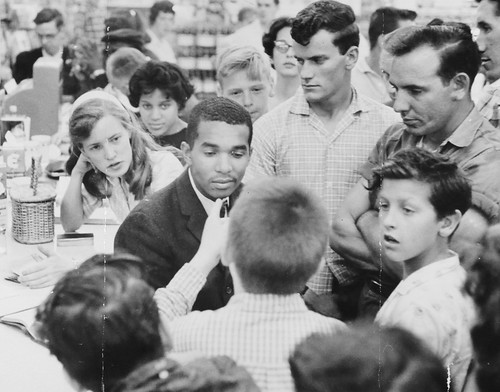 The next day, police arrested one of the leaders of the protests, Lawrence Henry, allegedly for driving without glasses or proper tags. Protestors returned to stores the next day even though the lunch counters had been closed.

That evening, demonstrators announced a temporary halt to the protests for negotiations to take place, after which the heads of People’s Drug and Drug Fair said they would be willing to discuss mediation.

Arlington County government did not intervene, saying that store owners had the right to decline service. The sit-ins continued on June 18, and by June 22 some of the stores that had initially discriminated against black customers started to change their position.

The F.W. Woolworth store in Shirlington announced that patrons would be served indiscriminately and on June 22 an integrated group of protestors were served at the counter. The next day, 21 lunch counters opened to black patrons, including several where the protests had started.

“We remember and honor the 20 determined individuals who took a stand against unfair, discriminatory practices,” the Historic Preservation Program said. “Their bravery helped change Arlington, Alexandria, and surrounding localities, and brought about an important and visible step toward desegregating our community. They inspire us today in our ongoing efforts to achieve racial equity.” 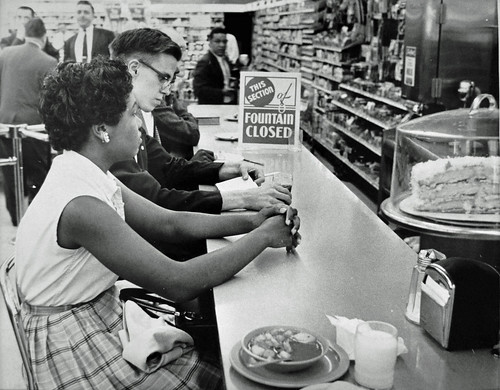