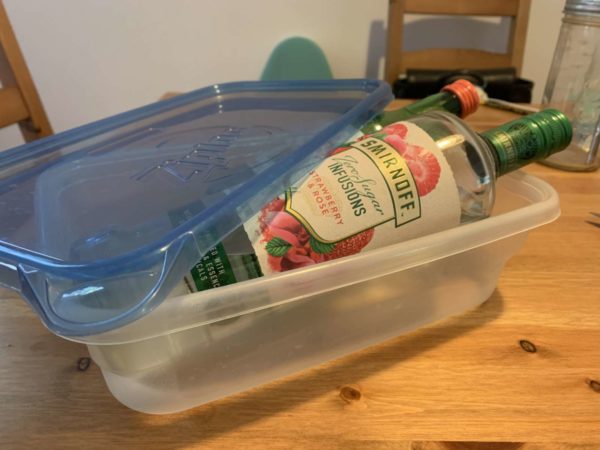 The cat’s out of the bag for to-go drinks with Virginians — and Arlingtonians in particular — expressing widespread support for keeping the practice around after the pandemic is over.

In a joint poll with the Virginia Restaurant, Lodging and Travel Association and the National Restaurant Association found that 78 percent of Virginians support making permanent current, temporary practices that allow restaurant customers to purchase alcoholic beverages with their takeout and delivery food orders.

“According to the recent data, customers are taking advantage of the order with approximately one in three Virginia adults who recently purchased takeout or delivery including alcohol with their order,” the Virginia Restaurant, Lodging and Travel Association said in a press release. “Additionally, 39 percent of restaurant patrons said the option of including alcoholic beverages with their order made them more likely to choose one restaurant over a competitor that does not offer alcohol sales.”

ARLnow’s own less scientific polling found that 91% of those who responded (2,839 people) were in favor of making delivery of alcohol permanent.

“The popularity of ordering mixed beverages to-go or for delivery shows that people want it,” said Sarah White, Operating Partner at Cowboy Café (4792 Lee Hwy) said in the press release. “We keep hearing from customers that it’s nice to order and enjoy a cocktail without getting dressed up and going to a bar. We keep hearing how happy they are to be able to relax in their own home and still feel like they’re receiving the full dining experience.”

Virginia allowed beer and wine to be delivered in March — relatively early in the pandemic — and eventually extended that to cocktails in April. Oklahoma has already made alcohol delivery by restaurants permanent, while many of the three-dozen states and territories that have allowed it temporarily during the pandemic are also considering making it permanent.