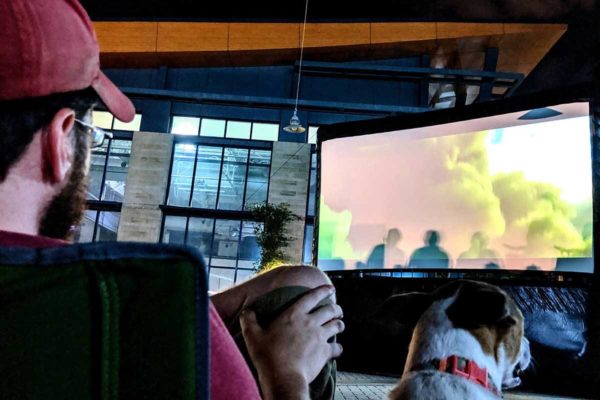 After months of uncertainty, the Columbia Pike Revitalization Organization announced that the group’s annual summer movie series would be converted into a new drive-in theater format.

“On Saturday nights throughout July and August, CPRO will be showing blockbuster hits on the big screen at the Arlington Career Center parking lot (816 S. Walter Reed Drive),” the organization said in a press release.

The movies are scheduled to start at sunset, sometime between 8-8:30 p.m.

The event will remain free and open to the public, but with limited space, participants will have to register in advance. Attendees will also be asked to remain in their vehicles during the movie. Public restrooms will not be available.

An area will be set aside for households without vehicles, which CPRO said can be identified on the registration form.

The lineup (below) is a fusion of the earlier schedule for movie nights at Arlington Mill and Penrose Square, now that the only screenings will be at the Career Center.

“2020 marks the 10th anniversary of the Columbia Pike Movie Nights and we had already hosted several rounds of voting to let the people pick this year’s line-up, so we were really eager to find a way to host the event safely,” CPRO Program Director Stephen Gregory Smith said in a press release. “So we worked with [Arlington Public Schools], libraries, and county staff to secure the Arlington Career Center parking lot and come up with a plan to allow everyone to still enjoy their favorite movies together — while still apart — this summer.”