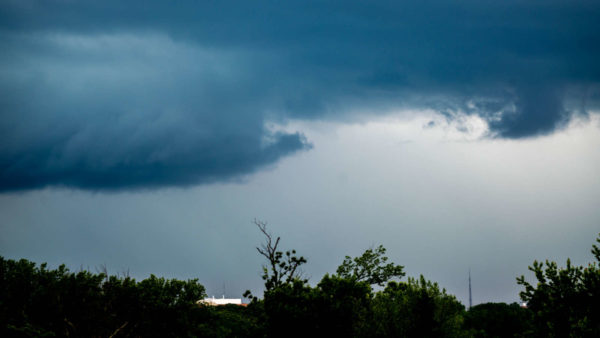 Big Response to Small Biz Grant Program — “Those hit hard by the pandemic can receive help through the small business emergency grant program. More than 1,100 businesses have applied, [County Board Chair Libby] Garvey said, and at least 63% of them are owned by women or minorities. ‘With an additional $1.6 million, we can provide grants to a total of 400 businesses, more than 50% of those that… were eligible,’ Garvey said,” during her State of the County address Tuesday morning. [WTOP, Zoom]

Chamber Presents Valor Awards — Also on Tuesday, “awards were presented to honor Arlington County’s public safety personnel and first responders. Fourteen honorees were recognized for their courageous, and often lifesaving, actions in the line of duty. Leadership of all respective departments submitted nominations for the honorees, based on their performance over the past year.” [Arlington Chamber of Commerce, InsideNova]

Road Closures for Grad Parades Tomorrow — “On Thursday, June 18, the Arlington County Police Department’s Special Operations Section will support Senior Graduation Parades for Wakefield High School and Washington-Liberty High School. Traffic around the schools will be impacted at the below listed times. The public can expect to see increased vehicle and pedestrian traffic in the surrounding neighborhoods.” [Arlington County]

CivFed Wants More Open Space — “The president of the Arlington County Civic Federation on June 13 delivered his message quietly but bluntly: The county government needs to put much more emphasis on acquiring land for parks and open space before the window of opportunity closes. Allan Gajadhar handed County Board members a Civic Federation resolution calling on the county government to better balance open-space and passive-recreation needs with facilities for sports and active recreation.” [InsideNova]

COVID Cases Among DCA Construction Workers — “Employees with 17 contractors working on Reagan National Airport’s massive capital improvement project have tested positive for Covid-19, according to a staff report issued ahead of the Metropolitan Washington Airports Authority’s upcoming board meeting… The most recent positive result was confirmed June 7.” [Washington Business Journal]

Juneteenth May Become State Holiday — “Gov. Ralph Northam (D) said Tuesday that he will support legislation to make Juneteenth, commemorating the end of slavery, a state holiday in Virginia. He gave executive branch state employees the day off Friday — June 19 — in recognition of the event. On that date in 1865, federal troops told enslaved people in Texas they had been freed, more than two years after Lincoln signed the Emancipation Proclamation.” [Washington Post]