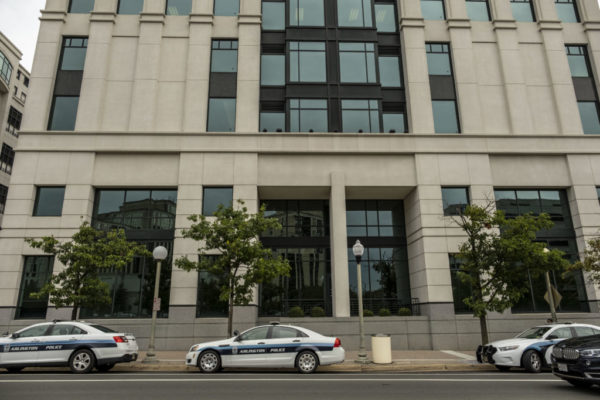 A man stabbed multiple times at a party in the Rosslyn area managed to stagger up to police headquarters in Courthouse to get help.

The stabbing happened Saturday evening on the 1700 block of N. Troy Street, according to an Arlington County Police Department crime report.

“At approximately 6:53 p.m. on June 27, an officer was approached outside Police Headquarters in the 2000 block of 14th Street N. by an individual who had been stabbed multiple times,” ACPD says. “Officers immediately began to render aid to the victim until medics arrived and transported him to an area hospital for treatment of non-life threatening injuries.”

“The investigation determined that the victim was attending a social gathering when a verbal dispute between known individuals began to escalate,” the crime report continues. “The victim attempted to intervene, however the suspect then allegedly produced a knife and struck the victim multiple times. The victim was able to run away from the gathering, where he then sought assistance from police nearby. The investigation is ongoing.”

A passerby described a bloody scene outside of ACPD HQ.

“I was walking by the police station last night and saw police and the ambulance with the guy,” the tipster said. “There was blood everywhere on the steps of the police station. Looks like the guy way stabbed a bunch of times in the chest and stomach. Later they had to bring in a fire truck to wash the blood away.”

The victim is expected to survive.