If there is one element of beer culture that keeps me engaged, it’s surprise. That moment when I am seized with delight by what I encounter from a new beer, a new brewery or by someone new to beer (or perhaps new to me as a beer drinker).

If my preconceptions about something or someone aren’t being rattled, I start to worry — so that surprise is nearly always welcome.

My late mother-in-law, Kathie, surprised me with her love for dark beers, once exclaiming about my home brewed porter “OOH — and It’s a Dark Beer — Yea! Yea!” You of course can’t hear it, but that “yea, yea” came out of her petite frame with an uncharacteristically deep mezzo that had us calling her Raekwon for the rest of the weekend.

She, perhaps surprising my wife and I both when she suggested we “Meet up in Asheville, cause I wanna try some good beers.” This was the summer of 2014 mind you, when Burial had ping pong tables and Igloo cooler mashtuns sitting where their gorgeous foeders now rest, so Kathie was ahead of the game on a lot of y’all.

We made stops at Burial, Wicked Weed and Green Man, amongst others, and I was floored seeing a side of my mother-in-law I’d never gotten to know. While we were getting to know each other better in the hills of the Blue Ridge mountains, Kathie became acquainted with dark beers during that quintessential German beer drinking event — chaperoning her daughter’s high school bus trip through Europe. One of the many dark beers she discovered on that trip, Ayinger’s Celebrator Doppelbock — was the last beer we shared together.

Kathie’s discoveries in the late 80s mirror my experience in the early 10’s on a trip to central Europe that was a real landmark in my beer education. One of my first delightful surprises in beer was in the first polotmavý and tmavý beers I tried on the Prague/Bratislava leg of that trip.

Even on the hottest day in central Europe that year — every dark lager (tmavý ležák) or “half-dark” lager (polotmavý ležák) I tried was satisfyingly rich while still being completely refreshing. Had I known enough back then I’d have visited the longstanding and much lauded U Fleků — a pivovar in the Tmavy brewing (and only Tmavy) business for the last 500 years — but U Medvídků and U Tri Ruzi especially had pretty darn stand up offerings as well. 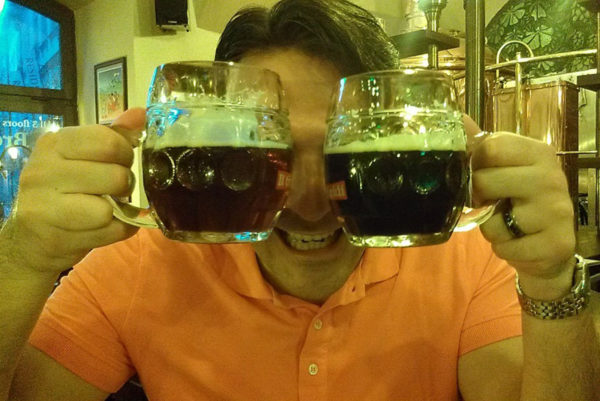 Kathie left us too soon. She still surprises me in that I miss her more than I ever imagined, and I savor dark beers just a little more now. It was never big huge dark beers for her either. While she was no stranger to Chimay Blue or Allagash Curieux — bocks, porters and dark lagers were much more her style. Thankfully for all of us this is a style seeing a growing surge in popularity nationally making more and more American interpretations available to try seemingly every week.

The DMV has been fortunate to have American brewed examples of the style for a while now — not “U Fleků a while” but at least around 7 years or so with Lost Rhino’s Tmavy. In my touring days I helped brew a Tmavy special (6%) at Silver Branch called Obsidian Castle, a beer I never actually got to try from the tap and that has become a bit of a white (black?) whale for me.

Closer to our side of the DMV, Port City brought out a delightful Tmavy Pivo last fall as part of the lager series and has followed that up with a Polotmavy collab with Union Beer Co out of Baltimore. Port to Port brought me right back to sipping my first half dark in Prague. I was lucky enough to try that through the good graces of our Port City sales rep, and am itching to get my hands on it — to get it into your hands of course.

A few Tmavy ležák style beers I’ve enjoyed lately can be found at Arrowine.shop now or quite soon:

Treated to a sample of this last week from our MSB Rep, Anderson. Big emphasis on cocoa notes, smooth in body, just a touch sweet even, but super clean release. Looking forward to its arrival next week. 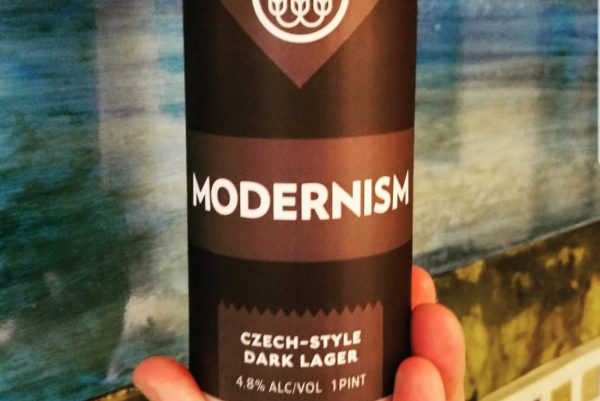 My current favorite of the bunch. Strong espresso like roasty notes, with just enough chocolate and caramel notes to make it nice and smooth going down. Drinks so easy you could almost deploy it as a shower beer.

A lot going on malt wise here, and I dig it. Complex balance of dark bready flavors, with a hint of roast and nice rounded bittersweet chocolate. Nice accompaniment to roast or smoked meats.

Looking to try these for the Fourth of July? Good news, we’ve got them at 10% off until you’re reading the next Beermonger Column (two weeks and a day). If you’re not big on surprises, I’ve even got the Schilling and OEC interpretations bundled as a combo 4 pack with their more familiar, lighter counterparts Alexandr 10 and OEC Coolship Lager.

Happy Fourth of July Folks — be well, char up some hotdogs and take care of each other.