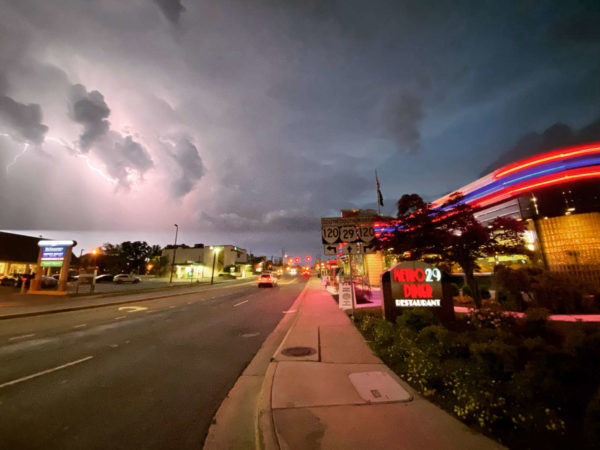 McDonald’s Rebuild Decision Delayed — “Action on a proposal to rebuild the existing McDonald’s fast-food restaurant in the 4800 block of Lee Highway has been put off for another two months. Arlington County officials and the applicant had sparred over the plan, which also would include a revamped traffic-circulation design.” [InsideNova]

Bollards Deter Dangerous I-395 Driving — VDOT has installed new bollards to prevent drivers from cutting across northbound I-395 to access the HOV bridge. The barriers appears to be doing the trick, succeeding where orange barrels previously failed. [Twitter]

Crystal City Farmers Market Moving — “Arlington County Board members on July 18 approved the temporary relocation of the once-a-week Crystal City Farmers’ Market, so services could continue to be provided during the COVID-19 pandemic. The traditional spot of the market – the 2000-2100 block of Crystal Drive – does not have enough room to space out vendors.” [InsideNova]