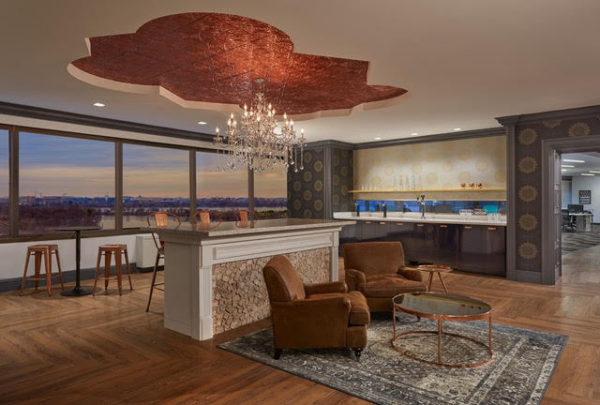 A once high-flying Arlington startup is now at the center of a federal fraud case. 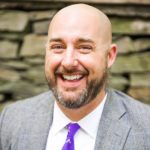 Trustify, a Crystal City-based technology firm that provided an online marketplace for private investigations, went bankrupt last year. Just two years prior to that, the company moved into a swanky new office and was touted by the governor’s office for its plan to create 184 new jobs in Arlington.

Now, federal prosecutors are charging CEO and co-founder Danny Boice with investment fraud, saying he bilked investors out of millions of dollars while overstating the company’s financial performance.

From the U.S. Attorney’s Office for the Eastern District of Virginia:

The CEO and co-founder of Trustify Inc. (Trustify), a privately-held technology company founded in 2015 and based in Arlington, Virginia, was charged in an indictment unsealed today for his alleged role in a fraud scheme resulting in millions of dollars of losses to investors.

Daniel Boice, 41, of Alexandria, Virginia, was charged with five counts of wire fraud, one count of securities fraud, and two counts of money laundering.

The indictment alleges that, beginning in 2015, Boice fraudulently solicited investments in Trustify, a privately-held technology start-up company that connected customers with private investigators.  Boice allegedly raised approximately $18.5 million from over 90 investors by, among other things, falsely overstating Trustify’s financial performance.  The indictment also alleges that Boice made false statements to investors about the amount of investor funds that he would personally receive, while diverting a substantial amount of the investor money to his own benefit.

The charges in the indictment are merely allegations, and the defendant is presumed innocent until proven guilty beyond a reasonable doubt in a court of law.

The FBI’s Washington Field Office is investigating the case.  The U.S. Securities and Exchange Commission provided assistance and is also filing a civil complaint against the defendant for related conduct.  Trial Attorney Blake Goebel of the Criminal Division’s Fraud Section and Special Assistant U.S. Attorney Russell Carlberg of the Eastern District of Virginia are prosecuting the case.  The department would also like to thank the Virginia State Corporation Commission for its assistance.

Individuals who believe they may be a victim in this case should contact the Victim Witness Services Unit of the U.S. Attorney’s Office for the Eastern District of Virginia at 703-299-3700 for more information.

Trustify co-founder Jennifer Mellon, who was also married to Boice, received a federal appointment as the company went belly-up. She is not named in the indictment.

In an ARLnow profile in 2017, Boice discussed why the internet was great for the private investigation business, saying that it “provides the perfect catalyst for puffing up your Facebook profile or LinkedIn or lying about not being in a relationship when you’re on Tinder, all those things.”

“The internet makes a great accelerator for dishonesty,” said Boice.

If readership is any indication, it seems like a lot of Arlington residents have the same itchy red insect bites described in this week’s most-read story. It was, in fact,…

A multi-year legal battle between a family and Arlington Public Schools over the appropriateness of their child’s special education support ended this summer with a decision in APS’s favor, handed down by federal court.

The Salt Line in Ballston is now “looking at a September opening,” restaurant representatives tell ARLnow. This another push back from the restaurant’s initial opening in spring 2020. Pandemic-related delays…

A 3 BD/2.5 BA home with hardwood floors, a wood burning fireplace and brick patio is included in the latest Open Houses.

More Stories
Yard Waste Collection Is Still Suspended, But Homeowners Will Be Getting a CreditEd Talk: Education is the Foundation for a Strong Democracy