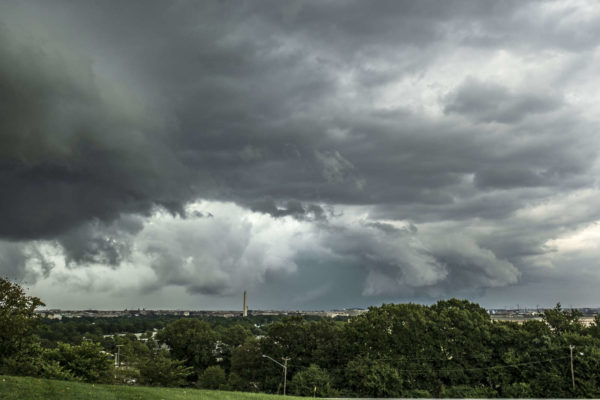 Labor Day Closures — “Arlington County Government offices, courts, libraries & facilities will be closed on Monday, Sept. 7, 2020 for Labor Day.” Trash will be collected but parking meters will not be enforced. [Arlington County]

Library Buildings Remain Closed — “Even as neighboring Fairfax County is approaching the two-month mark for its reopened library system, Arlington officials appear in no rush to bring their library system more than marginally back to life. That means that while Arlington patrons will continue to have the chance to check out books online and pick them up at a central repository, they remain barred from visiting branches or wandering the stacks.” [InsideNova]

Bluemont BLM Protest Continues — “Father, in his red scooter, and son first rolled down the bike path to this corner in Arlington, Va., just after George Floyd was killed in Minneapolis police custody on May 25. They’ve been back most weekdays since, more than 60 times so far, as demonstrators in Louisville and Atlanta marched for justice for Black Americans killed at the hands of police and protests surged following the police shooting of Jacob Blake last month in Kenosha, Wis.” [Washington Post]

Deep Dive Into New Bridge — “The preferred alternative would add a new two-track rail bridge north of the Long Bridge while retaining the existing bridge without modifications. The plan would cost approximately $1.9 billion. The existing span would retain its CSX ownership, and the new span would be Virginia’s.” [Greater Greater Washington]

MU Extends President’s Contract — “Marymount University’s Board of Trustees unanimously voted to extend the contract of President Irma Becerra by an additional five years to 2026. This action comes one year earlier than expected, as Board members felt strongly that due to Dr. Becerra’s significant accomplishments during her tenure, it was important to ensure her continued association with Marymount on a more accelerated timeline.” [Press Release]

Trump Boat Parade Planned — “A boat parade is planned in support of President Trump on Sunday on the Potomac River. According to a Facebook post from an entity known as “Liberty Rally,” boaters will gather just before 1 PM in the Wilson Bridge no-wake zone and then proceed up the Potomac.” [Washingtonian]

Kanye Booted from Ballot — “A Richmond Circuit Court Judge has ruled that rapper Kanye West will be removed from the ballot as a presidential candidate in Virginia. The decision came after an attorney representing the plaintiffs in the case and Attorney General Mark Herring accused the West camp of acting fraudulently to get on the ballot.” [NBC 12]

Va. Booze Biz is Booming — “The Virginia Alcohol Beverage Control Authority announced Wednesday retail sales of $1.2 billion in fiscal 2020 — a nearly $120 million increase from the previous year and the second year in a row the liquor monopoly surpassed $1 billion in sales.” [Richmond Times-Dispatch]