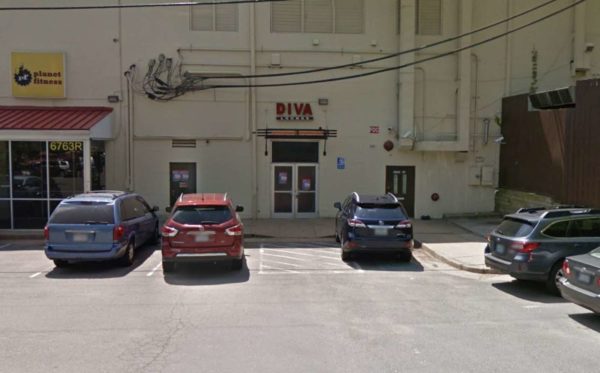 A man was shot and killed outside a nightclub in the Eden Center just after midnight this morning.

Falls Church police say the shooting happened outside Diva Lounge, which is located at 6763 Wilson Blvd, in the rear of the shopping center near Planet Fitness.

“At approximately 12:05 a.m. police responded to a 911 call about a shooting at the Diva Lounge,” police said. “Police and medic units responded to the scene, where they discovered a male victim deceased from a gunshot wound.”

“Witnesses to the incident report the suspect shot the victim then fled the scene on foot,” the police statement continues. “The suspect is described as a Hispanic male in his 30s, with dark hair, who was wearing black shorts and a blue polo shirt. There is no camera or video footage of the suspect available at this time.”

Police say they are actively investigating the case but believe there is “no continuing threat to the community.”

“If you witnessed or have any information regarding this incident, please call Detective Darian Chuquillangui at (703) 248-5165,” police said.

Just over ten years ago, the same nightclub space — it was then V3 Lounge — was the scene of a large, early morning brawl.